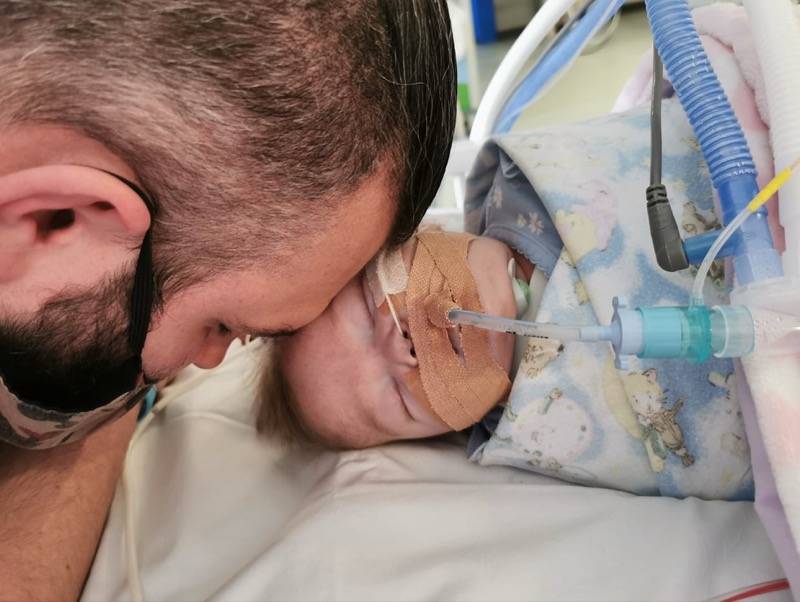 A WOMAN is set to take to the skies in a bid to raise funds for a charity which has provided ‘life-saving’ support to her cousin’s daughter.

More than £300 has already been raised for the Children’s Heart Surgery Fund after 28-year-old Sadie Shirt decided to set up her Just Giving page.

Sadie’s cousin, Leanne Shirt, gave birth to her daughter, Hope, in January – and the toddler has since had a number of open heart surgeries to keep her alive.

Sadie said: “I am Hope’s mum’s cousin but I see Hope as my niece as we all grew up in such a close family.

“I’m originally from Barnsley but I left home at 16 when I joined the army – I have moved around for the last 12 years, working with children from all walks of life.

“This includes when I served in Kenya and Afghanistan with poorly children so I have seen what families go through when they don’t have a healthcare system like ours and it doesn’t bare to think where we would be today without charities like Children’s Heart Surgery Fund.

“The charity helped Hope along her incredible journey, providing vital life-saving equipment to aid her recovery and supporting her mum, dad, brother and sister as much as they possibly can with travel expenses and even helping them look for more suitable housing to support Hope’s needs.”

Sadie will be completing her skydive at Hibaldstow on July 18 and has so far raised £309 out of her £400 target.