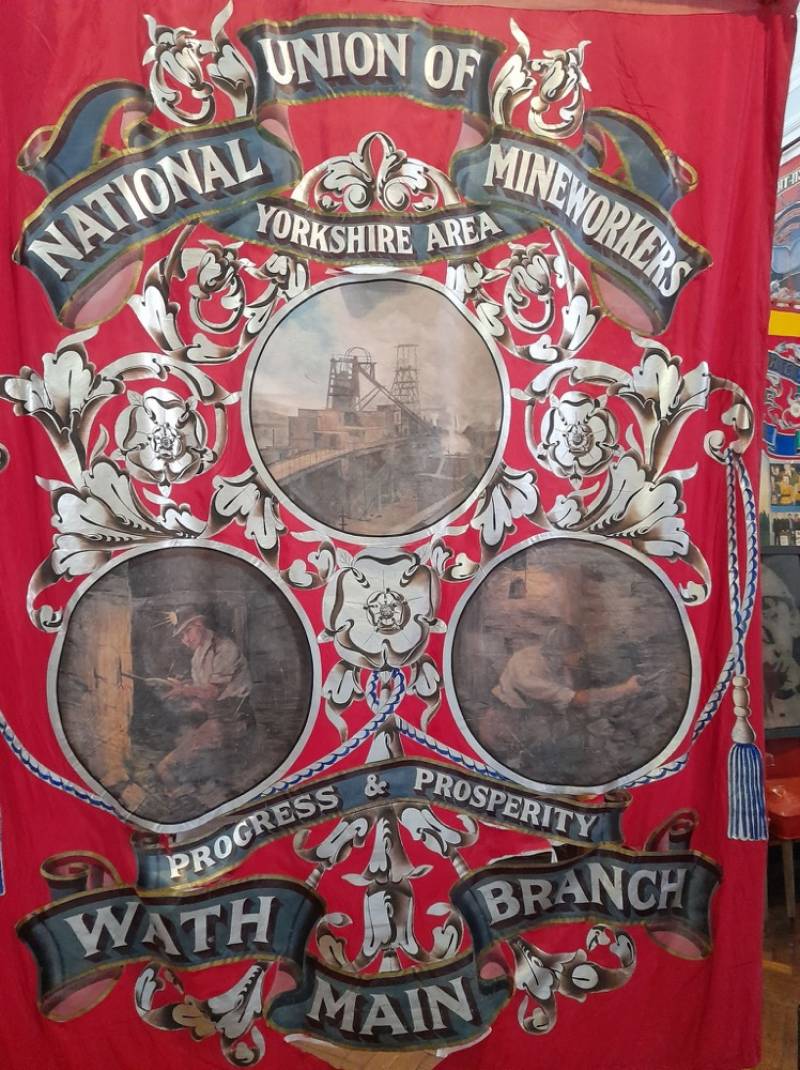 A GROUP of former miners have set out to preserve history by commissioning a replica of the Wath Main NUM banner which they hope will make more people aware of the legacy of the pit in the area.

Three former miners at the pit – John Beard, Adrian Hughes and Melvyn Caddick – have banded together in an attempt to preserve the history of Wath Main Colliery which was closed in 1988.

The men hope to have a replica of the NUM banner for the colliery created in the hopes it will be displayed in the village.

“The original banner is displayed in the NUM headquarters in Barnsley town centre, but it is in very bad condition,” said John, 62, formerly of Wath.

“We had the idea to have a replica done for the men who worked in the pit, and for the younger people in the village who might have grown up since the pit was closed.”

Along with former pit mates Adrian and Melvyn, the men have sent the original banner to Cheshire where it will be scanned.

The replica should measure five feet by four feet which they hope will be displayed in Wath Town Hall.

“We have sent the original banner off and it should only take a few weeks for it to be replicated,” added John, who worked at the pit for 17 years.

“I am quite excited for it to be finished because I know it will mean a lot to the men who worked down the pit and there’s not that many of us left.”