Youngsters all club together in scheme 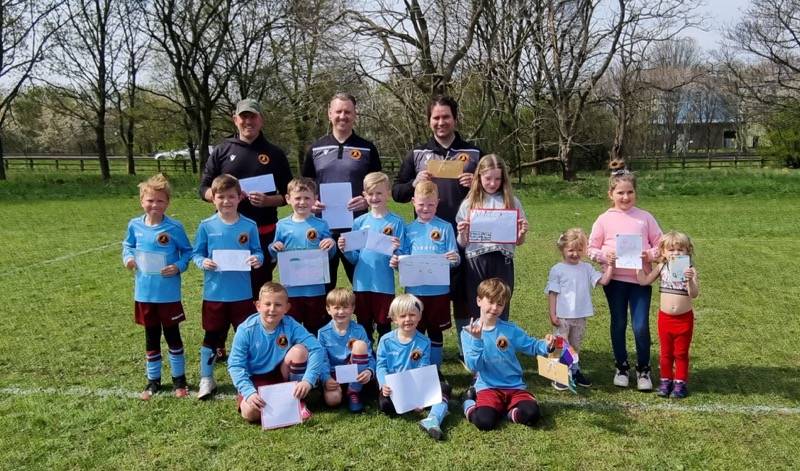 A JUNIOR football team put pen-to-paper to strike up a friendship with elderly care home residents.

The North Gawber under-sevens have become pen pals with residents at Deangate Care Home, in Mapplewell, as part of an initiative to bring two generations together.

The initiative is the brainchild of the home’s activities co-ordinator, Rachael Addy, whose six-year-old son plays for the team.

She paired each child on the team with a resident so that they would have a pen pal to send letters to.

Rachael said: “I was astonished by how enthusiastic the young boys were in doing this.

“The siblings of the players also did letters and pictures so that every one of our residents would have a pen pal.

“The boys also dedicated their last match to the residents and can’t wait to visit the home in their football kit in future.

“The residents are happily writing letters and doing drawings for the children – I can’t thank them enough for bringing such light and love to the residents.”

One resident, John Morris, 92, said he was overwhelmed after receiving his letter from a seven-year-old player on the team.

“I’m overwhelmed the little lad had thought of me – I was an avid drawer so I’m going to do a special drawing for Jenson,” he added.