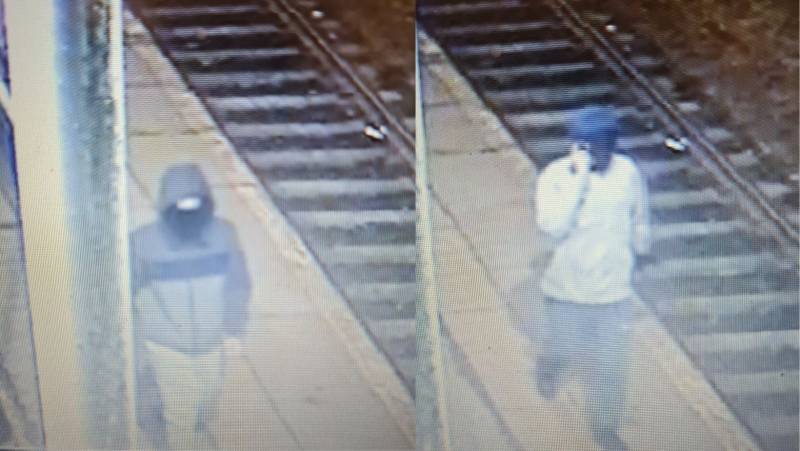 OFFICERS are appealing for information after a man was threatened with an axe at Dodworth train station.

A third man entered the station and moved the bolt cutters and he was then threatened by the two men before one of them lifted up his top to reveal a small axe.

Officers are keen to speak to the men involved in the incident.

A spokesperson for the British Transport Police said: “Officers believe the men in the images may have information which could help their investigation.

“If you recognise them, or have any information, please contact British Transport Police by phoning 0800 405040 quoting reference 486 of March 22.”