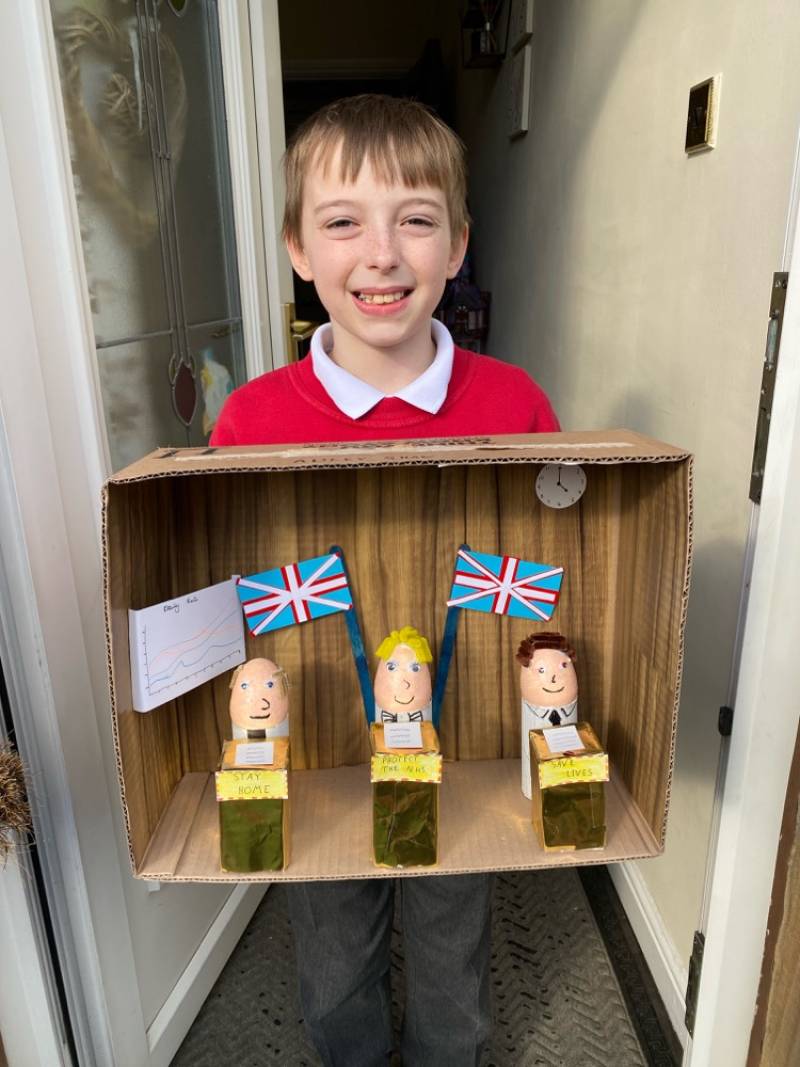 A PUPIL from Joseph Locke Primary School has been praised for his depiction of coronavirus briefings during his school’s Easter egg competition.

Adley Shaw, nine, used the government’s addresses as inspiration for a trio of perfectly decorated eggs.

The youngster turned an old cardboard box into the briefing room at number ten Downing Street, complete with a miniature Boris Johnson, Professor Chris Whitty and even briefing notes.

“He came home from school and was trying to come up with ideas for the competition,” said Adley’s mum, Carla Wilkinson, 36, of Willow Street, Worsbrough Common.

“Eventually we turned on the TV and he saw the Covid briefings and that was it, a light lit up behind his eyes and he was off.

“We worked on it for almost four hours, and he spent a lot of time making sure that Boris Johnson’s hair was just right but he was very proud of himself by the time we had finished.”

Adley’s Covid briefing scene was a hit with the teachers at Joseph Locke, who awarded him first place in the competition.