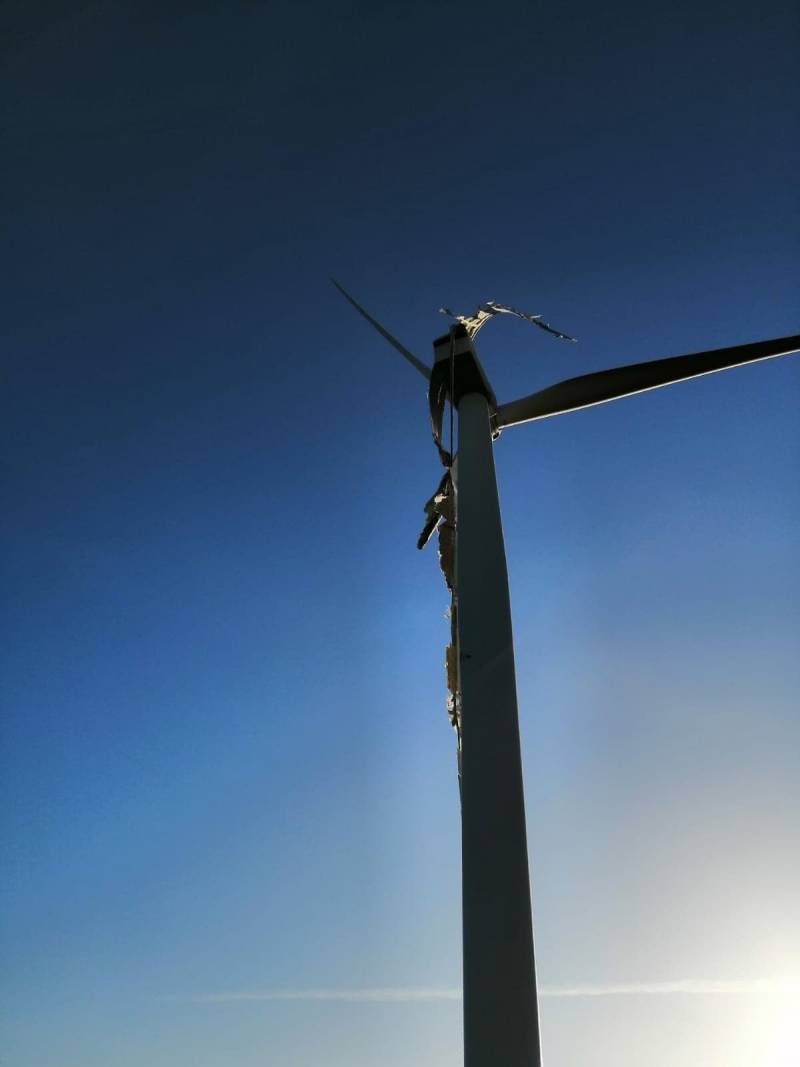 RESIDENTS are urged to stay away from the wind turbines near the ASOS warehouse, after a propeller has dislodged from one of the turbines.

At around 3pm today (March 12) one of the propellers on a wind turbine on Park Spring Wind Farm fell from the turbine, and into the fields below.

Debris is scattered around the area and residents are urged to avoid the area while EDF works to fix the issue.

Little Houghton parish councillor, Kevin Osborne passed by the site shortly after the incident happened, he said: "EDF engineers are at the scene to help fix the turbine. There is debris scattered over the fields, luckily the wind is away from the road or I think the propeller could have fallen a different way.

"There is a protective cordon around the site to make sure the public stay safe."

Asset operations director at EDF Piero Maggio, said: “We are aware that there has been a blade failure on one turbine at our Park Spring wind farm near Barnsley in South Yorkshire, which has three turbines in total.

"Our priority is to make sure the area is made safe as soon as possible and we are working the police to achieve this.

"As a precaution we have switched off the two remaining turbines whilst we work to understand what has happened.”

The manufacturer of the turbine will send a team out tomorrow to inspect the site.