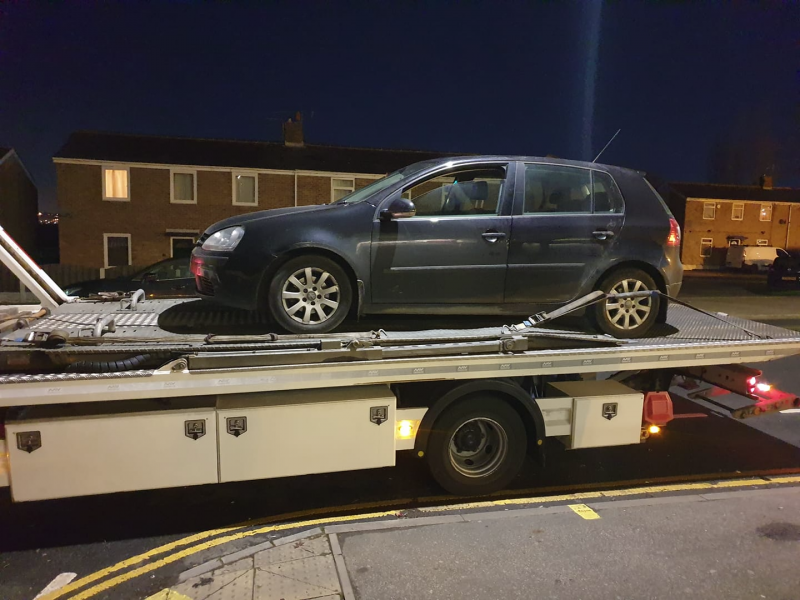 A CAR was seized for breaching numerous driving restrictions as police conducted traffic checks across the borough.

The team from Barnsley North performed a speed operation on Huddersfield Road on Saturday.

In one instant, a car was seized following five offences including defective lights, obscured registration mark, speeding, no insurance and drug possession.

A spokesperson for the team said: “Residents had concerns over speeding vehicles on Huddersfield Road, particularly late at night.

“Several vehicles were in excess of the speed limit and were dealt with accordingly. We will be returning to conduct further operations.

“It was clear that a certain driver didn’t want to stick with the one offence so quickly collected five.

“After the vehicle was seized, the driver had plenty of time to learn from their mistakes on the long walk home.”