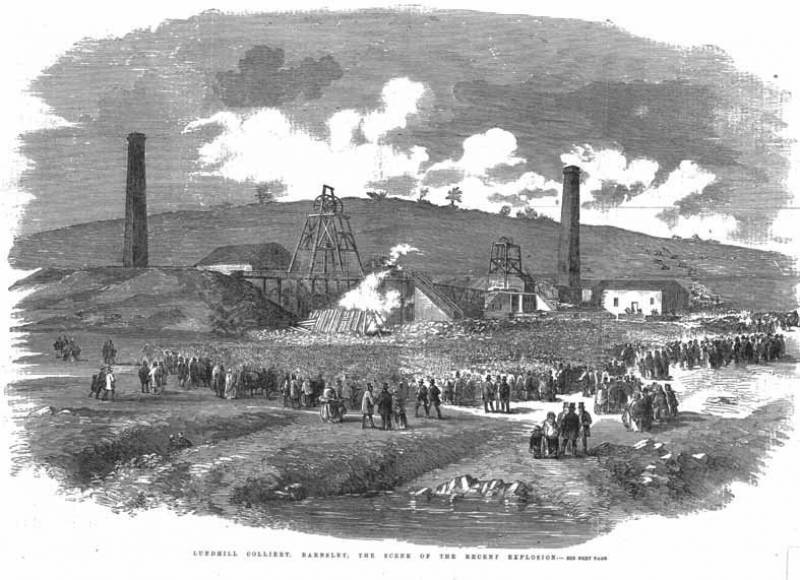 TODAY marks the 164th anniversary of a massive mining disaster that took the lives on 189 men and boys.

At around 12.20pm on February 19, 1857, more than 200 miners and boys were having their lunch at Lundhill Colliery, Wombwell when an explosion shook the mine.

The blast was caused after a flame ignited naturally occurring flammable gas found in coal mines, and it sent a sheet of flame up the pit shaft.

Many of the men and boys were killed instantly due to the fire and subsequent collapse of the roof and there was a threat of a second explosion due to the damage caused by the first.

Firefighters at the time worked throughout the night to try and stop the fire which had progressed to other areas of the colliery including the stables and coal shafts.

The following morning it was decided to cap the first and second shafts with planks and clay to try and starve the fire.

The mine was also flooded to help extinguish the flames but this made it impossible to recover the bodies of the people who had died in the mine.

Almost two months later, the bodies of 185 men and boys were pulled from the mine, with four people unaccounted for.

The incident at Lundhill Colliery remains one of the biggest industrial disasters in the country's history and the disaster was the first to appear on the front page of the London Illustrated Times.