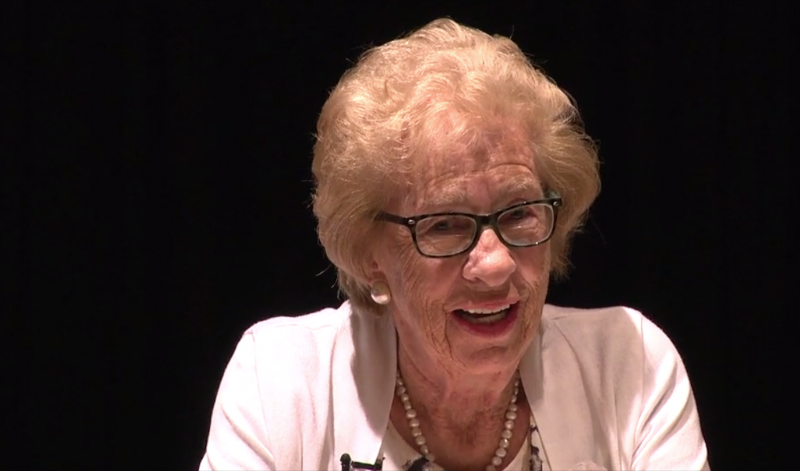 BARNSLEY College students took three days to learn and reflect on the events of the Holocaust as part of its memorial event this week.

The session gave Barnsley students the opportunity to hear from Eve Kugler BEM (British Empire Medal), a Holocaust survivor, who shared her story.

Eve was awarded a BEM in 2019 for her services to Holocaust education and regularly speaks to thousands each year through the Holocaust Memorial Trust.

Eva spoke of her family’s experiences during the Holocaust as well as the importance of raising awareness of the Holocaust and educating the generations beneath her so that the events are never forgotten.

In her speech, Eva said: “We are getting on and soon we won’t be around anymore.

“We are afraid that people will appear in the future and say that the Holocaust never happened so it is very important that we tell the story of what happened to the younger generation so they can carry on our story.”

Claire Hill, student services team leader at Barnsley College, added: “With what is happening in the world and what is being shown in the media, I think it’s really important for our young people to be educated in tolerance and acceptance.

“Awareness days like Holocaust Memorial Day are a key lesson for our students in what travesties could happen and are happening around the world.

“I hope it opens their eyes and engages them in trying to make a difference.”