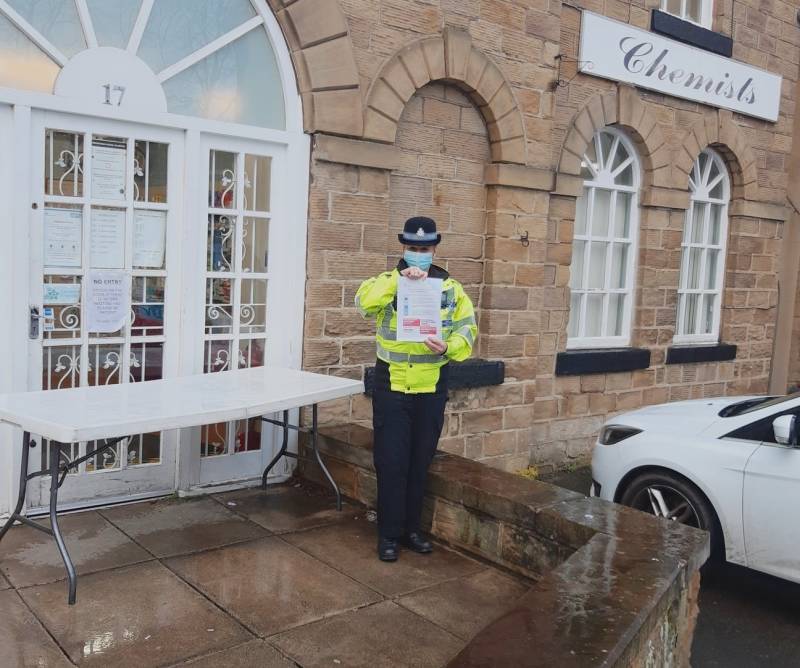 ANYONE experiencing domestic abuse can now see help in pharmacies across the borough.

The Ask for Ani scheme, which was launched on January 14, helps to provide a safe space for anyone who may be a victim of domestic abuse.

The codeword Ani stands for Action Needed Immediately and anyone who asks for Ani will be taken into a private room and offered support.

This comes after PSCOs visited local pharmiacies to urge them to commit to the scheme.

A spokesperson for the Barnsley North Neighbourhood Policing Team said: “PCSO Andrea Ford visited local pharmacies to ask them to commit to the Ask for Ani scheme, which aims to provide a lifeline to domestic abuse victims.”

Prime Minister, Boris Johnson committed to launch the scheme which was initially proposed by survivors as something that would have helped them.

Boris Johnson said: “As we once again have to ask people across the country to stay at home to tackle this virus, it’s vital that we take action to protect those for who home is not a safe space.

“That is why we have launched this scheme, supported by pharmacies up and down the country, to give some of the most vulnerable people in society a critical lifeline – making sure they have access to the support they need and keep them safe from harm.”