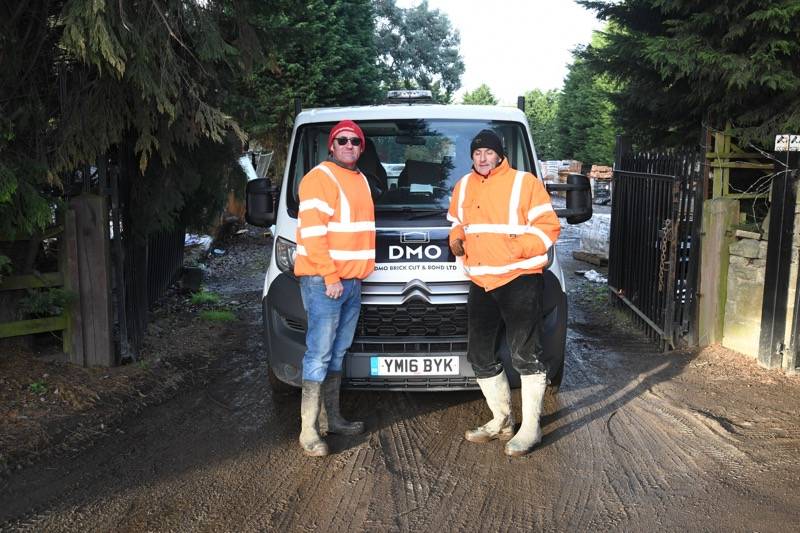 A MAN at risk of being homeless for Christmas has instead found himself with a roof over his head – and a new job.

Stephen Murphy, who runs DMO Brickwork, based in Smithies, said he couldn’t stand by when he found his former employee – who didn’t wish to be named – had been made homeless just a week before the holiday.

The man, a friend of his brother Lyndon’s son, arrived at Lyndon’s home last Wednesday.

He asked if he could stay for Christmas dinner and sleep in the garage, but the brothers – who together run a brick cutting yard and Impact Power Washing alongside the brickwork company – decided to go one better.

They will pay for the man’s town centre flat ‘while he gets back on his feet’, and he will start work at the brick cutting site in the New Year.

“My brother came home from work and he was sat there at the dinner table saying he had nowhere to go, and had been living homeless for a week,” said Stephen.

“He’s only a young lad in his mid-20s and grew up with my brother’s lad.

“Up to April, he worked with us, but moved somewhere else and had found himself with nobody to fall back on.

“We decided we couldn’t leave him out in the cold for Christmas.”

Stephen, whose Tweet about the act went viral with more than 25,000 ‘likes’, said he was fortunate to be able to help.

“Everyone has had their share of hardship,” he added.

“We’ve come out with a lot more than some people, and we’ve managed to keep 40 lads working throughout the year.

“There might be somebody else in a different area who sees what we’ve done, and realises they’re in a similar position to be able to help people.”