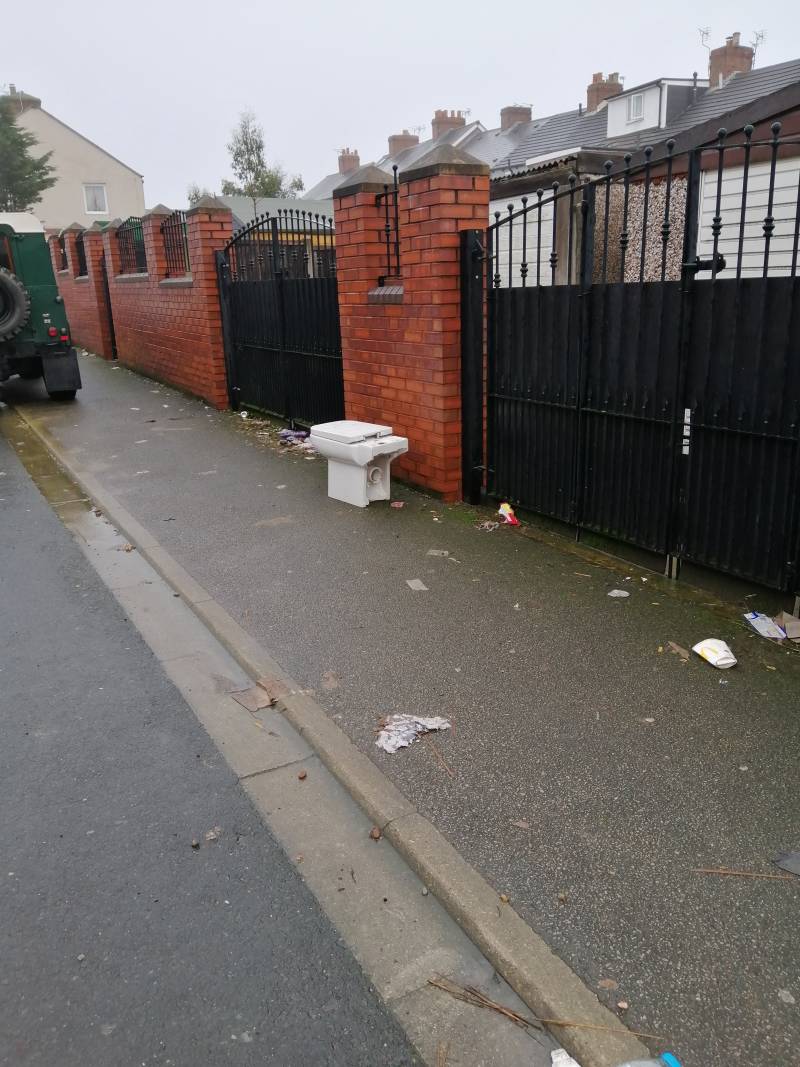 DISGUSTED residents hit out at fly-tippers who left an abandoned toilet with faecal matter on a pavement for an entire week in Carlton.

Last week, residents on Grays Road were outraged to see that the toilet had been dumped in the middle of the pavement for pedestrians to walk by.

The fly-tipping, which was left unreported by neighbours for days, was said to have faecal matter still inside the toilet pan.

Chris Groves, 67, a Carlton resident, believes this posed a major health and safety issue especially as passing children use the road on their way to school.

He said: “I cannot believe that residents have tolerated such a disgusting thing to be left on the streets for so long.

“It’s beggars belief that such a thing would be left on the street by anyone, especially when it contains faecal matter from a previous user.

“Plumbers are generally very responsible so I doubt that it was removed by a professional person.

“I have finally reported this to Barnsley Council as I recognise this is posing a serious health risk especially for children walking up and down the street to and from school.

“Does anyone care for the area where they live anymore. Or are we to just let everywhere become a tip where rubbish is dropped on our streets?

“I believe we’re better than this and I hope we can build on this to become proud of our village and not let this happen ever again.”

Coun Chris Lamb, cabinet spokesperson for place, added: “We are aware of reports of fly-tipping on Grays Road in Carlton.

“As with all reported incidents, this will be looked into by the fly-tipping team within five working days.

“If you find fly-tipping in our borough, or witness an incident, please report this on our website.

“If any evidence is found linking a person or address to the fly-tipping, our enforcement teams are on hand to investigate further.

“Please don’t move or remove anything in the fly-tipping, it could be harmful to you and tampering with any evidence could harm our investigations.”