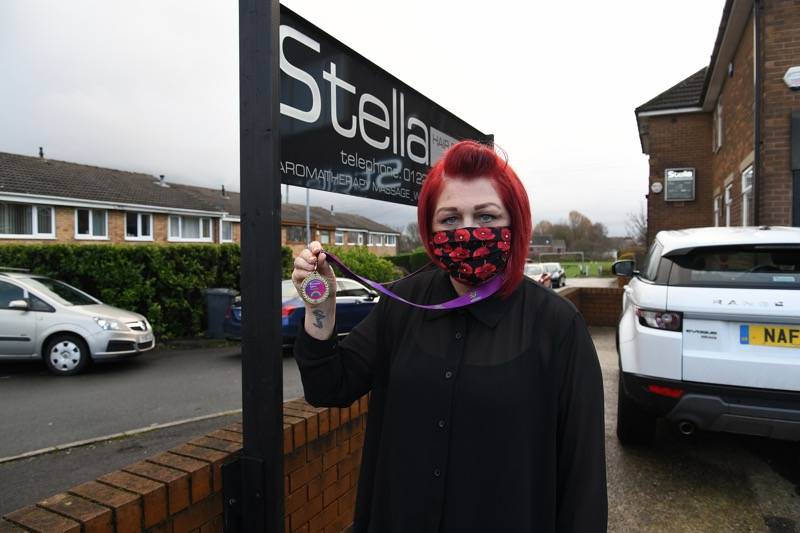 A STAIRFOOT hairdresser who raised more than £3,000 in lockdown by selling themed masks has been nominated for a Proud of Barnsley award.

Sharon Roddis, 48, of Hunningley Close in Stairfoot, has split the funds between four charities – the NHS, Barnsley Hospice, The Royal British Legion and Sheffield Children’s Hospital.

Her Disney-themed designs were posted online and within a matter of days she had already received hundreds of requests, and at her peak Sharon was making up to 75 masks every day.

She said: “I’m a hairdresser and so I didn’t know how to sew but one of my friends wanted me to make her a face mask and it all spiralled from there.

“I’ve managed to raise £3,000 for four charities by selling the face masks and the support I’ve received has been great.

“I’m also planning to run the coast-to-coast challenge and raise some more funds for Cancer Support in the new year.”

Sharon’s husband, 47-year-old Liam Roddis, served in the army for a number of years and suffers with PTSD – and Sharon has been there every step of the way to support him.

“Sometimes Liam has anxiety attacks and so we make sure that he goes out for a walk until he’s OK,” she added.

“It sounds really cheesy but we would watch The Greatest Showman two or three times until his spirts are raised.”

Upon hearing of her nomination in the Fundraiser of the Year category, Sharon said: “I’m absolutely shocked to be honest with you – I’m completely gob smacked.