Fears estate will increase accidents on 'most dangerous lane in borough' 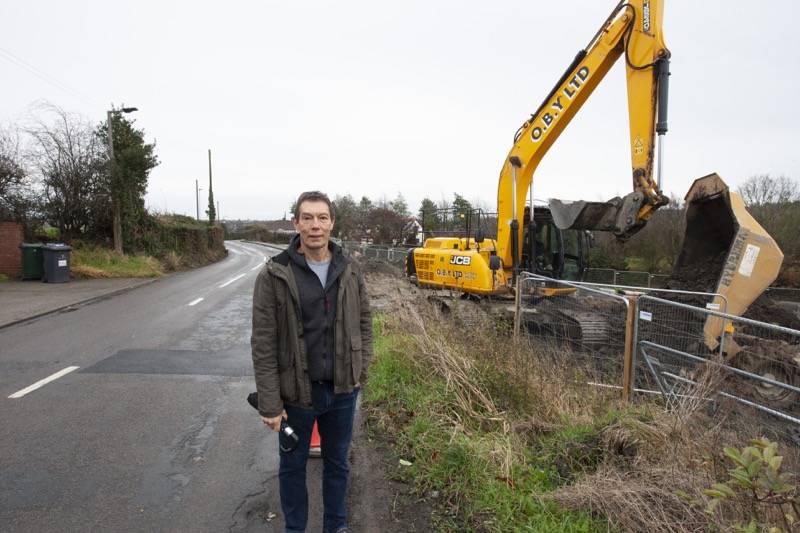 A HOUSING estate will exacerbate already ‘unsafe’ driving conditions, according to a fed-up resident.

Lidgett Lane, Tankersley, has been recognised as an accident hotspot for a number of years by Simon Mappin, who lives on the road and, due to the ongoing development of more than 40 houses on vacant land on the street, believes it’s only a matter of time before someone is killed.

The 55-year-old said: “It is a very narrow lane which comes down a really bad bend – you have to drive on the other side of the road if you went to get round it.

“If there’s oncoming traffic coming from the other side then there’s a huge chance that there will be an accident.

“I’ve seen cars hit that bend in excess of 30mph and in my eyes this is a fatality waiting to happen.”

Simon has been living on Lidgett Lane for the last ten years but believes that the road safety is only getting worse, but feels the council ‘don’t seem to be bothered’.

“I think it’s the most dangerous lane in the borough,” he added.

“Building more than 40 houses at the side of the lane is just going to exacerbate the problem – it’s already really bad.

“It’s getting worse every year, there’s more traffic now than there was ten years ago and when the new development is built there will be around 50 more cars to account for.”

Plans were approved for the development of 49 dwellings and associated roads – with one access road pulling out onto Lidgett Lane – four years ago.

Simon believes the new houses on the 2.43-hectare site are a result of ‘decimation’ of the former semi-rural area of Pilley.

Residents of the area took to the lane in September in a bid to cut back the hedges, clear the pavements and remove overgrowth from the sides of the road in a bid to improve the road safety.

A council spokesperson told the Chronicle: “The safety of residents and road users is always a priority.

“The impact of the development on Lidgett Lane was assessed in detail when planning permission was granted.

“The permission therefore requires the developer to carry out some improvements to Lidgett Lane including widening a section of it – providing a two-metre wide footway along the entire front of the site, and introducing measures to prevent parking at the junction of Lidgett Lane/Pilley Green.”

The vice chair of Tankersley Parish Council, David Laughton, added: “Recently we had a clean-up on the road to take back some vegetation from both sides of the road and it is safer now – though it is still quite a dangerous road.”