Lily's push to get the eco message across 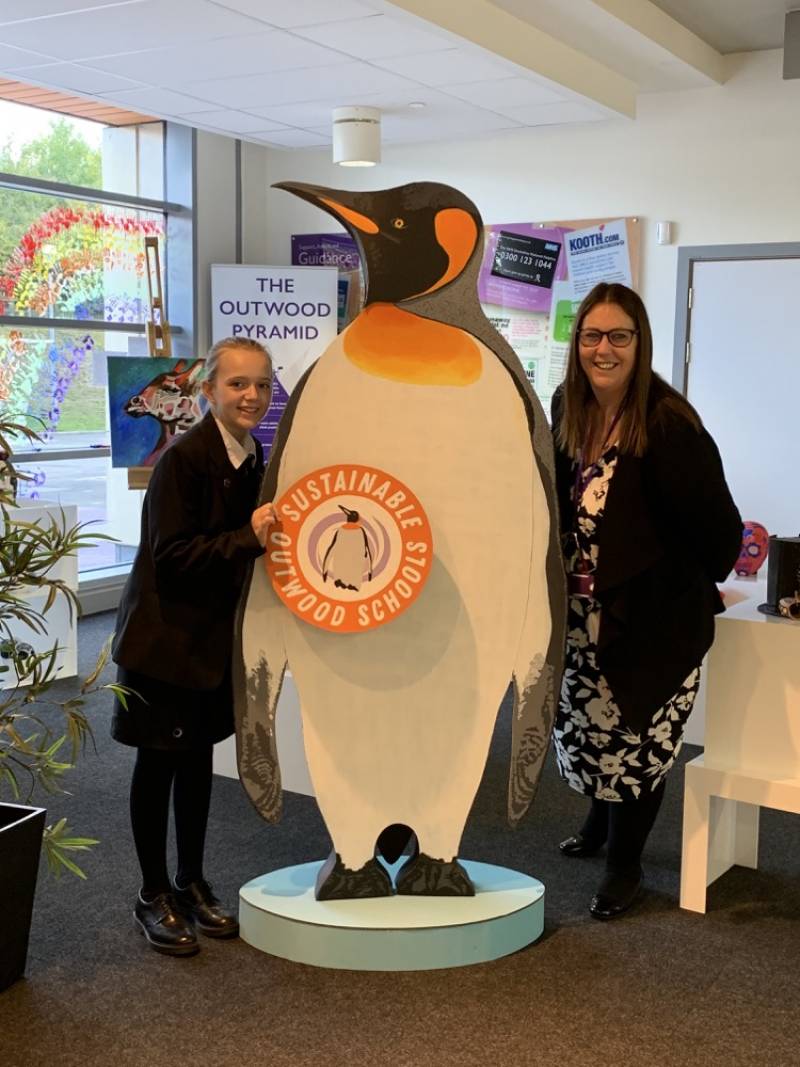 A BARNSLEY school is the first stop of a nationwide sustainability tour – and it’s all thanks to an inspirational student who wants to make a difference.

Outwood Grange Academies Trust, which sponsors four schools in Barnsley, is taking the ‘Outwood Penguin’ across the country to raise awareness of sustainability – and it’s first stop is Outwood Academy Shafton.

The trust decided to make this the first destination after a student wrote to the chief executive, Martyn Oliver, to express her interest in pushing the prominent issue of sustainability with him.

Lily Ford, now a year seven student at the school, then gave a speech at the subsequent Sustainability Summit.

She said: “I am delighted that my letter to Mr Oliver has led to this wonderful initiative which will really help raise awareness about sustainability and how important it is that we all do our bit to ensure we help the environment.

“I am very passionate about this issue, and I am inspired by the acts of other young people who are working hard for the environment.”

The penguin is yet to be named, but is made entirely of recyclable materials and the logo for the initiative was 100 per cent designed by Lily.

Earlier this year the trust announced that it was working with a uniform supplier to help reduce waste – as part of this, each blazer that students own saves around 36 plastic bottles from ending up on a landfill site.

More than half a million plastic bottles were saved as part of the scheme from January 2019 to last October.