Fundraising goes on in the memory of Steve 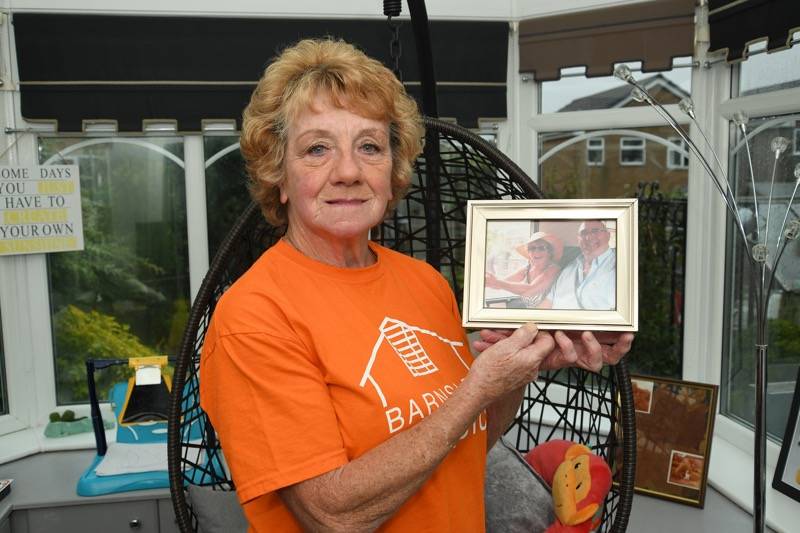 A WOMAN who raised more than £5,000 for Barnsley Hospice with her late partner has been nominated for a Proud of Barnsley award after she continued to raise money for the charity in his memory.

Judy Holling, 74, of Baslow Crescent, Dodworth, has worked as a volunteer for the hospice for more than two years, and would spend her time running stalls wherever she could with her partner Steve Riley – a much-loved entertainer, known to many as ‘Mr Barnsley’, who died in March after a heart attack.

Despite this, Judy continued to fundraise for the hospice through lockdown, raising nearly £2,500 which brought the total with Steve up to almost £8,000.

She said: “Steve was an entertainer all his life and he was so popular – a lot of people called him Mr Barnsley.

“We started a little stall and Steve and I would go wherever we could go to try and raise money – in total we raised £5,233 together.

“He passed away in March but I still wanted to try and raise as much money for the hospice holding the stalls as I possibly could.”

Since lockdown Judy has raised more than £2,000 in a variety of ways, but says that her neighbours were instrumental to her fundraising efforts – stating you ‘can’t do owt on your own’.

“When lockdown started I was just holding the stalls on the street, and when I was looking around the garden I found some plant pots which I started selling – they were selling really well because the garden centres weren’t open,” she added.

“The neighbours have been great in supporting me and I love to be doing it – it gives me something to do.

“A lady gave me some masks to sell a few weeks ago and someone’s been in touch about Christmas cards which I’m selling too – I never stopped during lockdown.”

Upon hearing of her nomination in the Charity Fundraiser category, Judy who was notably overwhelmed, said: “When I was told I’d been nominated I was roaring, I couldn’t believe it – I was so taken back.

“I couldn’t have done it without Steve, we always supported charities and all our lives we have tried to help people out.

“Steve would have been over the moon – together we were a right good team.”