Abby gets a tune out of the oboe 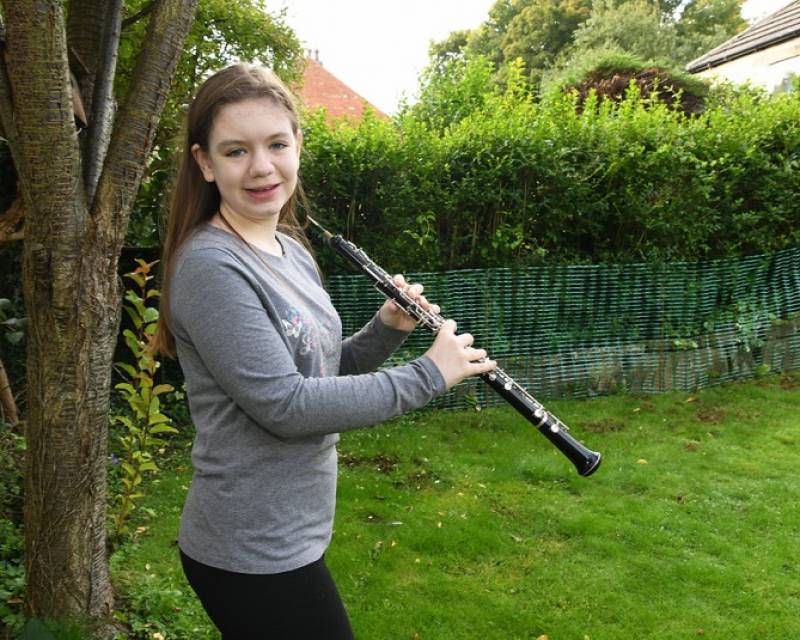 YOUNG oboist Abby McDonald – who’s quickly become one of the top-rated in the country – has been nominated for a Proud of Barnsley award for her achievements.

Earlier this year, the 11-year-old from Silkstone was chosen for one of the country’s top orchestras – placing her in the top three in the country for the oboe at her age.

Abby has only played the woodwind instrument for a few years, but also plays piano and comes from a musical family – with mum Joanne, a flute player, meeting Abby’s dad in an orchestra, and her brother also playing trombone.

The elation of discovering Abby had been granted a place in the National Children’s Orchestra has unfortunately given way to the realisation that – due to coronavirus – she wouldn’t be able to go to rehearsals.

Musicians have been hit hard by the pandemic, especially those playing in an orchestra.

“Like everyone, she’s been stuck at home,” said Joanne, of High Street.

“It’s hit her a bit – we’ve been trying to keep up as much as we can from home, and she managed to do her grade five theory exam which is the first time they’ve done them online.

“I have been teaching her piano, which she’s found easier, and she’s learnt all the pieces for her grade four piano.

“Her membership has rolled forward to next year, so she will be going then assuming everything goes back to normal.

“Bizarrely she’ll still be in the under 11s category, despite being nearly 13 when it takes place.”

Abby, who’s just started secondary school, is sure to ‘pick up where she left off’, according to her mum.

She decided upon the oboe – one of the hardest woodwind instruments to learn – after a suggestion from her mum, but had to wait a year for her adult front teeth to come through before she could start lessons.

Abby then progressed quickly, skipping grades one and four on her tutor’s advice.

“She works hard and has a clear talent, and she deserves whatever comes to her.”