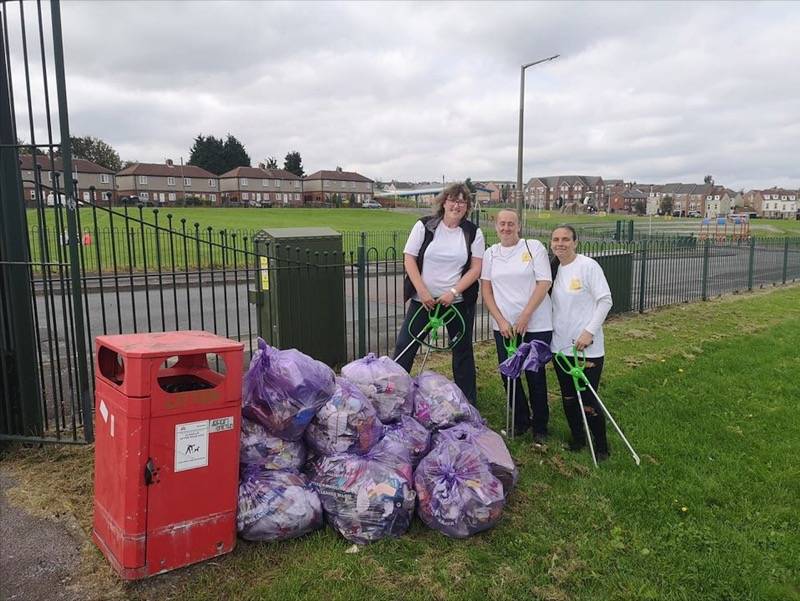 VOLUNTEERS from a local community group were disgusted after clearing drug paraphernalia and condoms from a park in Kendray.

On Sunday, a group of volunteers from the Friends of Kendray Facebook group cleared 13 bags of waste from Central Park in a single morning.

Kay Thewlis, one of the volunteers, has been litter-picking in the area for years but has said that the recent clear up was the worst she had seen the park look.

She said: “It was absolutely shocking. We were left to pick up used condoms, drug bags and gas canisters.

“I’ve never seen the park this bad before and I’ve been litter picking for a while.

“We’ve had to put a pause on things after Covid-19, but now we’re slowly starting to litter pick again but this was such a big task.

“There’s no excuse for it. There are at least nine or ten bins at the park for people to dispose of their rubbish.

“At this point, it’s laziness and I’m concerned we’re becoming a throwaway society.

“People need to take responsibility for themselves and their actions.”