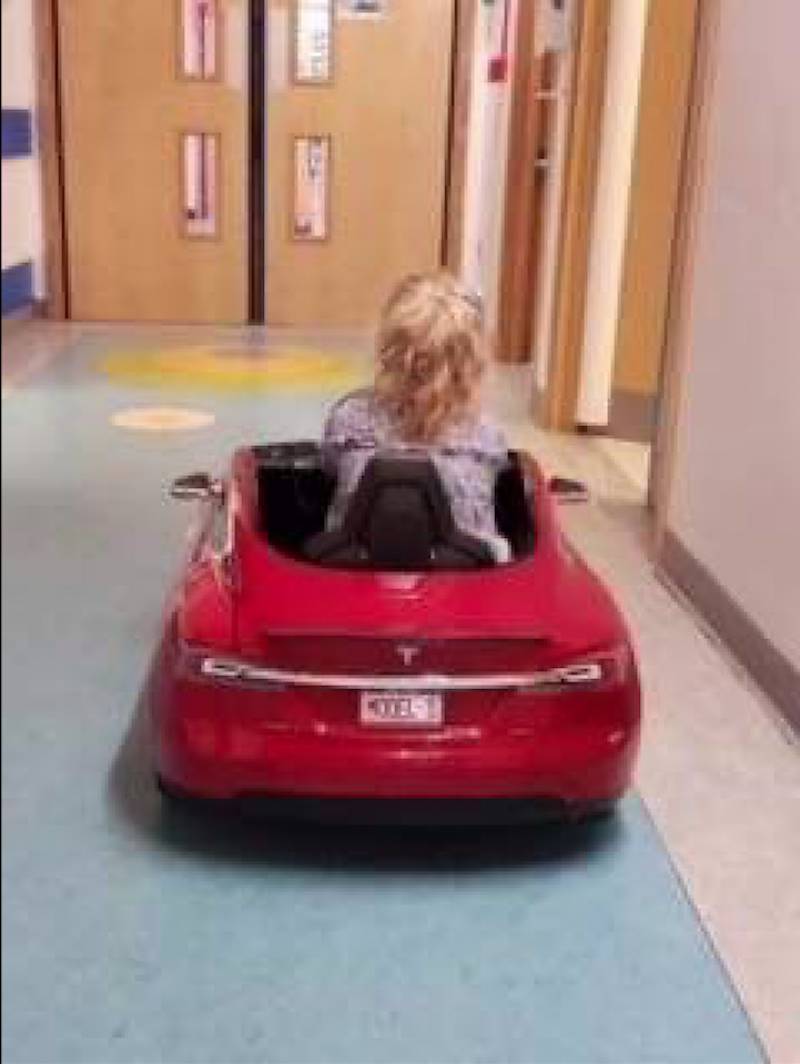 THE children’s ward at Barnsley Hospital is gearing up for the donation of a mini Tesla car so young patients can drive themselves around.

The battery-powered kids’ car, which is worth £650, looks and operates exactly like a full-scale Tesla with all the same details.

Tesla Owners UK donated the car in a bid to create a fun and calming experience for children and their loved ones before treatments or surgery.

Deryn Harvey, Tesla Owners UK mini Tesla programme coordinator, said: “It all started about 18 months ago after a few NHS consultants donated their own mini Teslas to their hospitals and to hospices.

“The idea snowballed and as a car club we started collecting donations for mini Teslas when we attended shows like Silverstone Classic and Silverstone Electric Vehicle Show.

“Elon Musk himself, who owns Tesla, gave us a substantial donation and we also got a discount from the manufacturers.

“We hear about hospitals and hospices that want a mini Tesla via our club members and I call hospitals to see if they would like one.

“We also partner with a charity called The Christian Blandford Fund which raises funds for children and their families during prolonged stays in hospitals.”

Jane Mills, charity development manager for Barnsley Hospital Charity, added: “We want to say a big thank you to the Tesla Owners UK car club for this wonderful donation.

“They have done an amazing job in securing our mini Tesla for the children’s ward and supporting services.”

The hospital is due to receive the mini Tesla this Friday.

Staff will be shown how to look after the car and how to control the fitted ‘parent-limited speed’ of three miles per hour.