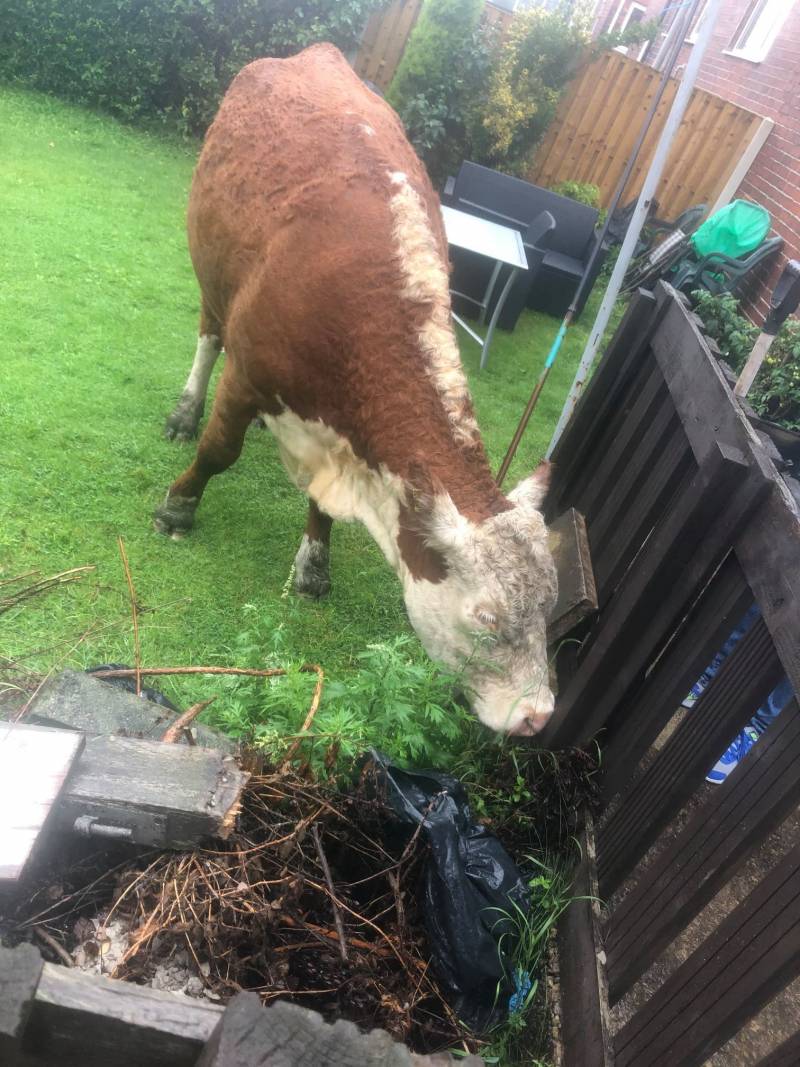 OFFICERS from a neighbourhood policing team were in for an interesting day on Saturday when they had to help rescue an escaped bull from a garden in Dodworth.

The Barnsley West NHP were called to Common Road to help a bull that had escaped from nearby fields.

An officer from the team said: “We have seen the two ends of neighbourhood policing.

“First we rescued a bull from a local elderly resident's garden, and then went straight on to recovering a stolen vehicle.”