Barnsley swims against national tide as all pools reopen 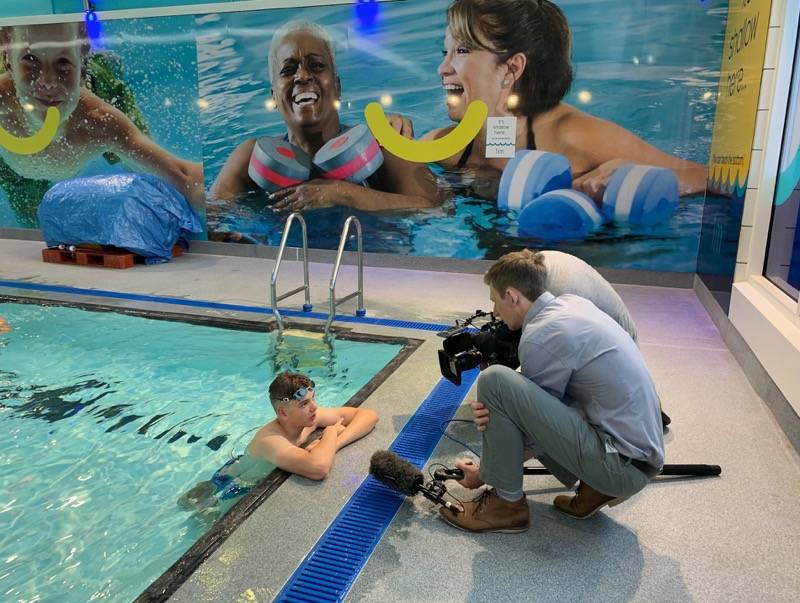 ALMOST a third of all public swimming pools across the country could remain closed for another six months because running costs have risen too high – although all of Barnsley’s pools reopened this week.

Pools were forced to shut on March 20 as part of a nationwide effort to reduce the spread of coronavirus but as pools have been allowed to reopen, less than 20 per cent of all local authority-owned pools opened last weekend.

New research shows that 30 per cent of public pools may remain closed until 2021 due to the costs it takes to reopen the facilities but pools in Royston, Hoyland and the Dearne opened their pools last Saturday, and the Metrodome reopened on Monday.

Simon Ferrarelli, the corporate aquatics manager at BPL, believes that the reopening of pools across the borough has been a huge success, with feedback showing that swimmers ‘feel safe’ with the new measures in place.

He said: “We’ve had some really positive results so far, a lot of people who like to go swimming have missed that so much during lockdown so people have been thrilled that they’re able to come back.

“There’s a social side to swimming as well, and during the virus a lot of people were missing the pool because it does have mental and physical benefits to it.

“We would like to remind people that they do need to pre-book because there’s nothing worse than coming and then being told they can’t swim.”

BPL have spent the last few months ensuring that all measures are put in place to keep people safe during the whole experience at leisure centres.

“The measures we’ve put in place are definitely more to do with the entire experience, it’s not just about the pool,” Simon added.

“We’ve asked that everyone comes swim ready so they aren’t spending too long in the changing rooms, and then we’ve closed the showers so people are in and out as quickly as possible.

“In regards to while in the pool, we’ve asked swimmers to swim in double lanes and when they do take rests that they do social distance, but to be honest there’s no place safer than to be in chlorine water.

“We also restarted swimming lessons this Monday because it’s a valuable skill in life, you need to pre-book that too to ensure a place – overall the reopening has been a huge success.”

However with many pools being unable to reopen, Swim England has pleaded with the government to ensure swimming does not become a ‘forgotten activity’.

Jane Nickerson, Swim England’s chief executive, said: “We’re obviously delighted that pools have finally been given the green light to reopen for the first time in more than four months.

“However, we face the real risk of swimming becoming a forgotten activity for so many people if public leisure centres open their gyms first and leave pools closed until next year.

“A local pool has the power to generate £7.2million social value in community savings.

“We appreciate that finances across the country are stretched but it’s a no-brainer not to invest in public leisure facilities.”