Coach Kim tumbles into nomination after helping students during crisis 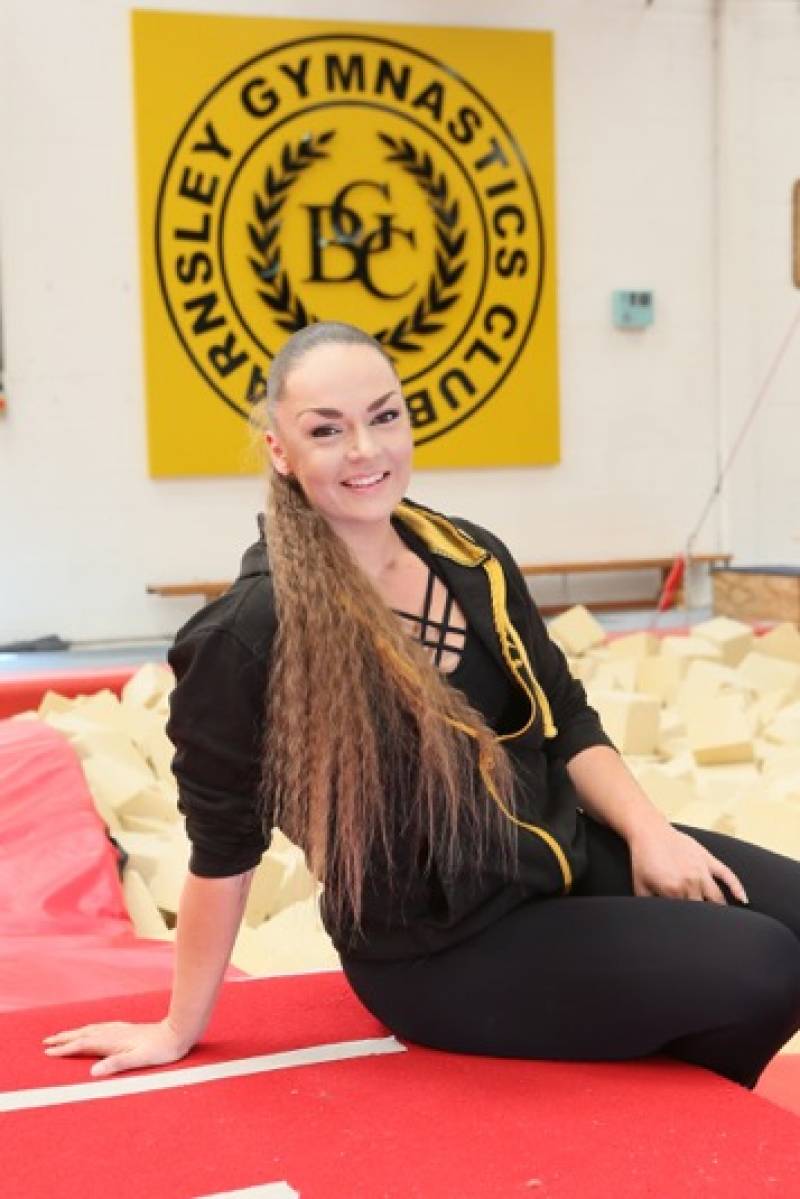 A COACH at Barnsley Gymnastics Club who has been keeping spirits high amongst the squad during lockdown has been nominated for a Proud of Barnsley award.

Kim Waterhouse, 30, of Tankersley, usually trains around 600 kids at the gymnastics club in Carlton, but due to government restrictions had to come up with new ways of keeping kids happy and active.

She said: “Obviously when the club first closed we had no idea when we’d be allowed to reopen, and we’re not actually fully opening the gym until next week.

“The main aim was to keep people fit and occupied, I know a few of the kids were quite anxious so we were doing our best to combat that too.

“Before lockdown the kids were seeing each other a lot and so it would have been a shock when they weren’t able to, so we were trying to keep them in touch with each other, and we were setting daily challenges for them to get involved with which I know they enjoyed – it’s a great way to keep the spirits up.”

“Everyone’s been helping out and the parents have been absolutely fantastic, I’m fairly certain that some of them are going to miss the daily workouts that we were doing when they go back to work – it’s all good fun,” she added.

“We had a soft opening last weekend where we had some older members of the squad come in to run through the new rules that we’ve got in place and I just can’t wait to get back to be honest with you.

“We’ve had quite a good response to how many people will come back to the classes but right now we’re not sure of exact numbers, hopefully things get back to normal as soon as they can.”

Upon hearing of her nomination in the Chidren’s Champion category, Kim said: “I’m so surprised by that, I didn’t expect anything like this to happen.

“It is nice to be recognised and obviously the parents have been amazing with everything we’re doing – I appreciate all the support they give us.”