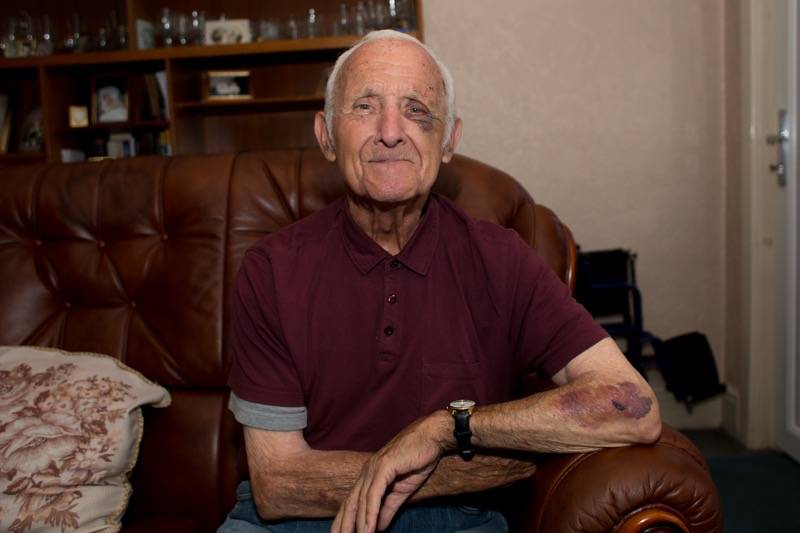 THE niece of an elderly man who collapsed on a busy road has hit out at ‘inconsiderate drivers’ who refused to stop and help him.

Last Friday morning, Roy Parker, of Measborough Dike, collapsed at a busy junction on Doncaster Road while on his way to get a newspaper.

The 88-year-old suddenly went dizzy and fell to the floor after isolating at his home for months during lockdown because of his age.

Nicola Hamblett, Roy’s niece, has now called for people to be ‘more considerate of others’ after several cars failed to stop and check on him.

She said: “When I found out that he had been rushed to Barnsley Hospital after a fall in the road I was so scared.

“Luckily he’s only been left with a black eye and a couple of bruises, but this has knocked his confidence.

“He’s only just started going out to get the newspaper after lockdown, so for this to happen is a setback.”

Roy was helped back onto his feet by an off-duty police officer who parked up his car to assist Roy and get him medical help.

“I want to thank the policeman who was the only person to stop and check on my uncle.

“He walked Roy back to his home and stayed with him while waiting for the ambulance.

“Without him, I dread to think how long he would have been there. I can’t thank him enough for that.

“It goes to show that a little bit of kindness goes a long way.”

Nicola, 28, has shared her concerns on social media in the hope that people be ‘more considerate’ of others in the future.

“I’m really disappointed with the cars that didn’t stop and help him. He told us that cars were swerving out of the way to avoid him rather than offering to help.

“He was an older man who had clearly suffered a fall, and I’m highly concerned that several cars drove straight past.

“You’d think, especially this past year, that people would be kinder to others and pull together.

“I think it’s important to share this with others to highlight that standing back and doing nothing can be dangerous.

“Fortunately, my uncle is well and rested at home and I hope to see him back and safely on his newspaper run soon.”