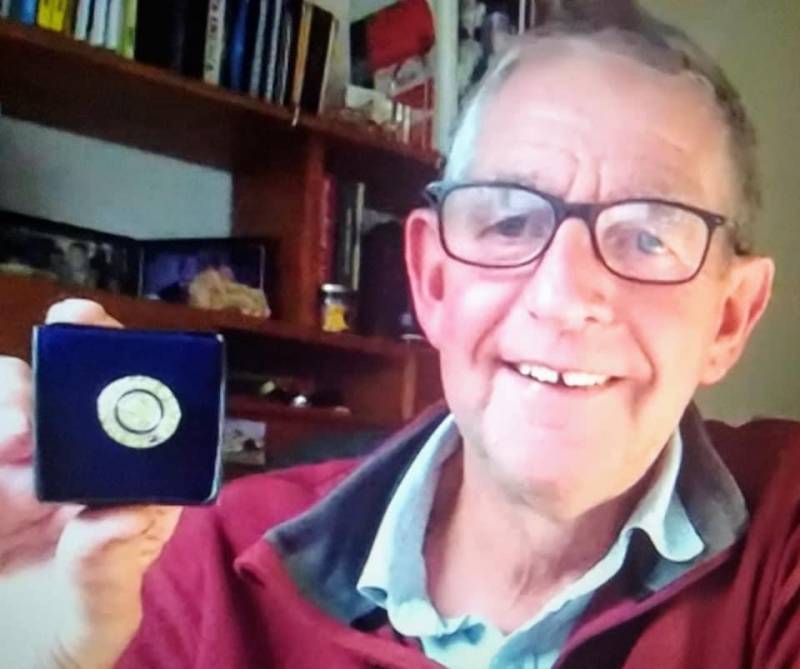 A PENISTONE man has received one of Rotary International’s highest awards – for a second time.

Richard Galliford was founding secretary of Ghana Outlook and remains heavily involved in the charity, which aims to relieve poverty and sickness in the African country by providing safe water, sanitation, health and hygiene.

It also works to provide materials and equipment to support the education system.

Richard, who was awarded an MBE in the 2007 New Year’s honours list, was presented with the Paul Harris Fellowship Award at a meeting of Stainborough Rotary Club, where he is a past president.

The charity started as a single project with Penistone Scouts, when 30 Venture Scouts and leaders including Richard went to Ghana to build a school, which is still going strong.

In 2000, Ghana Outlook was founded, and since then a further nine schools have been built.

Several members of the club have visited the various projects over the years.

“I am proud to receive this honour and grateful to those who thought me worthy of it.

“I am mindful that we are the sum of all parts and no one person can ever be Ghana Outlook.”

His late wife Marie was also a member of Stainborough Rotary Club and also held the project dear to her heart.