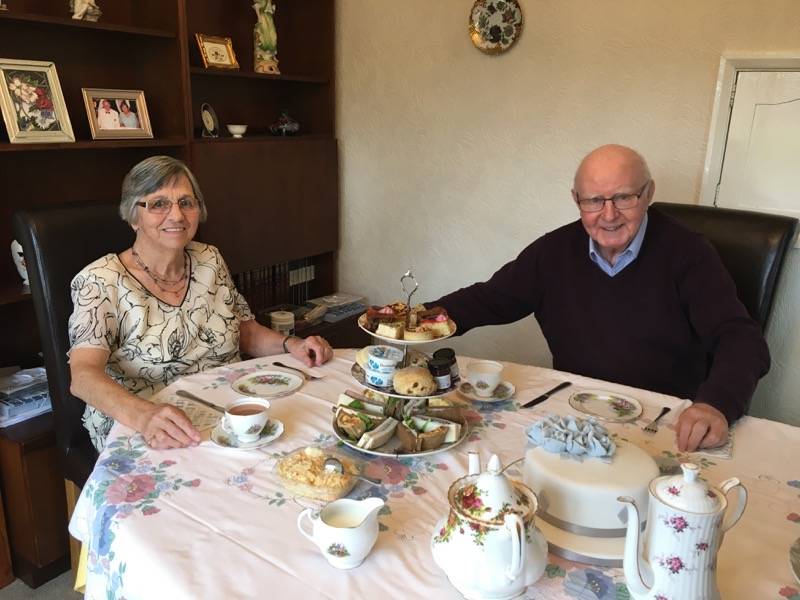 A COUPLE who say the secret to a happy marriage is ‘patience’ celebrated their diamond wedding anniversary last week by hosting an afternoon tea party at their home in Pogmoor.

Margaret Batty, 83, and Keith Batty, 86, met 65 years ago at the Co-operative Operatic Society, now the Lamproom, as both worked there at the time.

Margaret was a performer while Keith told the acts when to go on the stage and the couple subsequently got married at Ardsley Church on July 9, 1960.

Their daughter, Jill Ryan, 58, of Huddersfield Road in Wilthorpe, said: “Both my parents were keen golfers and they’ve always been really interested in sport. My mum used to play netball and my dad cricket, he’s a huge football fan and he had a season ticket at Barnsley for a number of years – he just loves watching all kinds of things, I think Sky Sports has really helped him through lockdown.

“My dad worked at the Co-op all his life before retiring around 25 years ago, and my mum was a ward clark at the hospital as well.”

Keith is currently shielding due to coronavirus worries, but that didn’t stop him and Margaret celebrating the momentous occasion, as their two daughters helped set up the afternoon tea party.

“We had originally planned for them to celebrate afternoon tea in the garden but because of the weather we had to move it into their living room but they absolutely loved it,” Jill added.

“I asked my dad what the secret to a happy marriage is and he told me that it’s patience and being agreeable.”

The couple have lived in Barnsley all their life and have lived at their home at Birchfield Walk for 48 years.