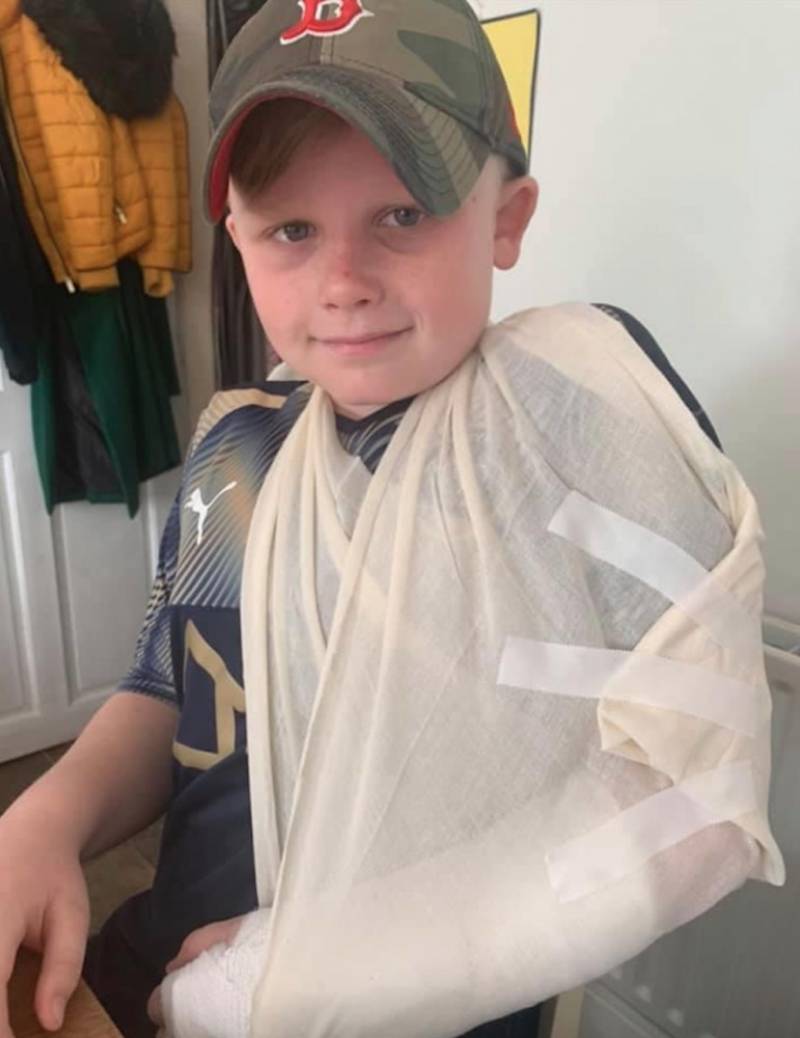 A YOUNGSTER has raised more than double his initial fundraising target by cycling more than 20 miles – despite having a broken arm.

Zack Kaye, of Spark Lane in Mapplewell, has raised more than £250 for Barnsley Hospice by cycling 26 miles.

The 11-year-old was due to complete his challenge last month, but during the bike ride, Zack fell and broke his arm.

Despite the knock-back, Zack got back in the saddle and completed his target miles on Sunday.

Michael, Zack’s dad, has joined him on every bike ride and has been ‘blown away’ by Zack’s perseverance.

“Zack was inspired to start this challenge by his goal-keeping coach Paul Heritage from Brierley Cubs, who has recently completed a 260-mile bike ride.

“We’d been building up longer distances when we first started this challenge, starting at five miles and eventually doing more.

“Then on one bike ride, he went down a hill too fast, flew straight over the handlebars and broke his arm.

“He had a pot applied to his arm on the morning of his birthday on May 6, which was unfortunate.”

Zack was eager to get back on his bike despite his injury to continue to raise funds.

“After a couple of weeks rest, we finally managed to complete the challenge on Sunday. He completed the challenge in just under four hours without any practice.

“We managed to cycle from our homes in Mapplewell to near Conisbrough Castle, got to about 18 miles and we were both absolutely knackered.

“We were really supporting each other through the last couple of miles, but we finally managed to smash it.

“He’s on the mend now and really chuffed with the support. We’re all incredibly proud of him.”