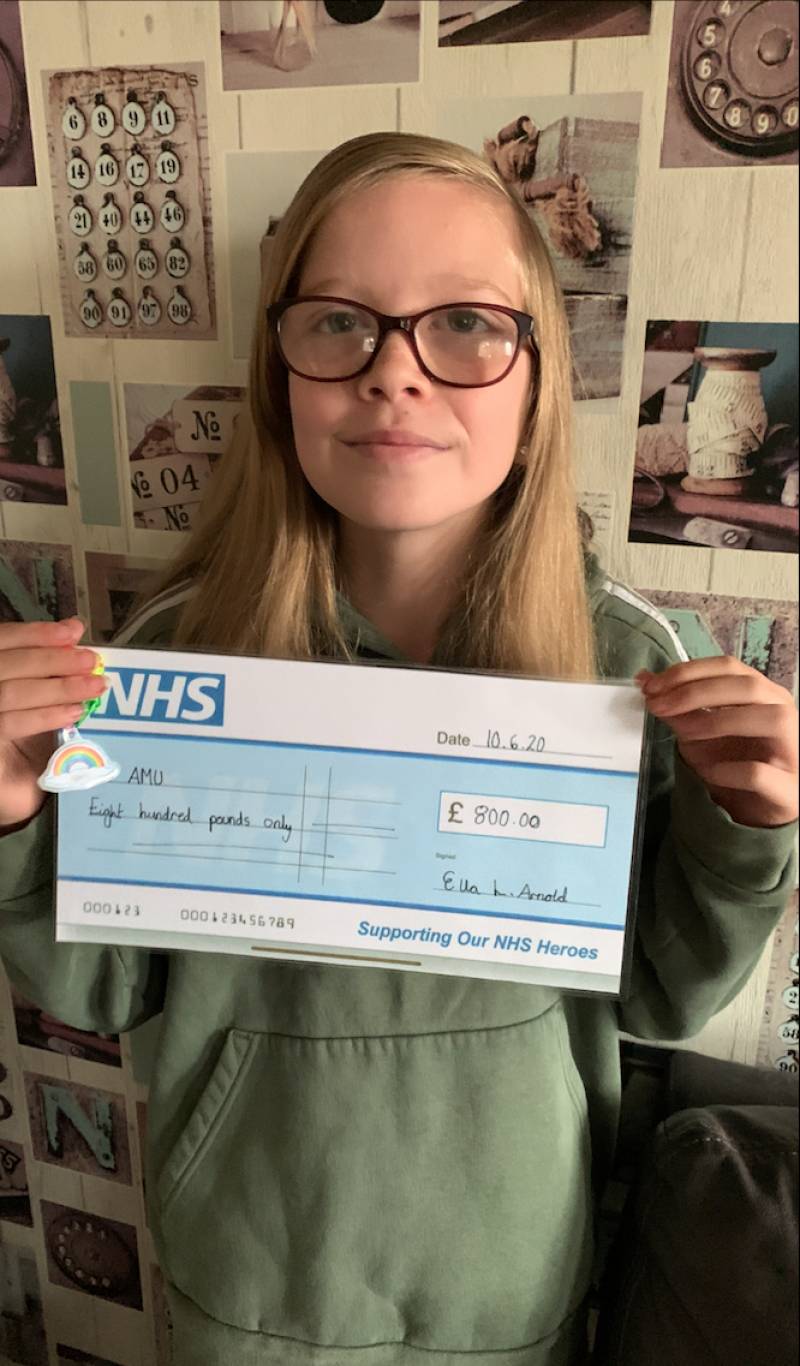 A YOUNGSTER from Barnsley has raised £800 for the acute medical unit at Barnsley Hospital after selling NHS-inspired loom bands.

Ella Arnold, ten, attends The Hill Primary Academy in Thurnscoe and fell upon the idea after creating rainbow loom bands for fun.

Her mum, Lindsay Dolman, 37, of Albert Street, said: “She just wanted to do something for those people that are out there saving lives and putting themselves on the front line.

“The loom bands that she created were rainbow coloured with an NHS logo on them and she managed to raise £800 by selling them.

“We have a lot of family members that are working frontline in hospitals, as well as friends of ours as well, so she thought it would be a lovely idea to raise money for them.”

Lindsay works in a care home and Ella’s grandmother, 59-year-old Angela Dolman, works in the acute medical unit at Barnsley Hospital – the ward which the youngster has raised money for.

Angela said: “Loads of people have been getting involved which is great and we feel that she’s done really well in raising the amount that she has.

“Ella has fundraised before with her brothers John and Alfie, and her cousins Callum and Millie, as they raised money for Barnsley Hospice.

“Depending on circumstances they are hoping to do more fundraising later this year.”