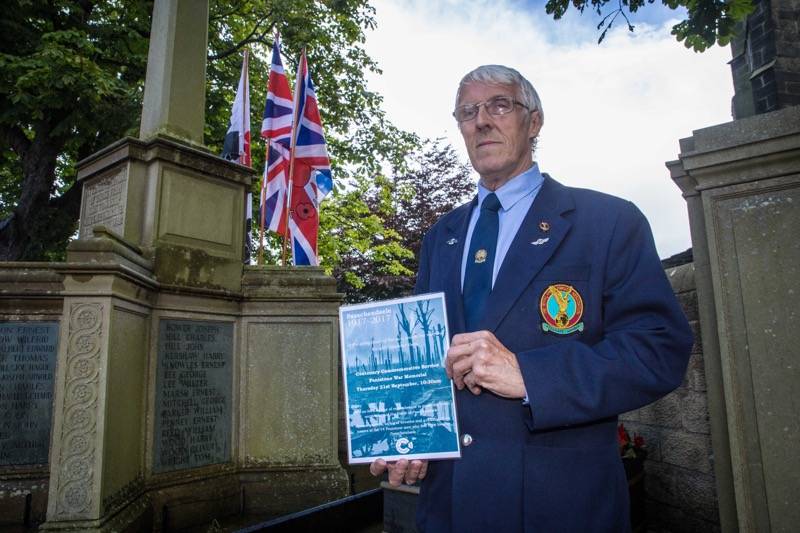 A DETERMINED effort to mark a second wartime milestone is being made by Penistone’s military campaigner Joe Pinguey.

He is working on ways to honour the 75th anniversary of VJ Day – Victory over Japan – in August and the idea is already taking shape.

Disappointed that events to pay tribute to VE75 Day last month were cancelled due to the lockdown, Joe is working flat out to ensure some kind of commemoration goes ahead in August.

With the help of Marlene Marshall of Penistone Archives, he is appealing for any veterans’ relatives to make contact.

“I would like them to get in touch if they had a relative who served with the ‘Forgotten Army’ and the Burma Campaign during the Second World War,” said Joe, who intends to to compile a roll of honour for the VJ75 anniversary.

Also, with the help of resident Jack Briggs and ward alliance funding, Joe has designed a dual-purpose VE-VJ woven flag which is being produced by Flagmakers near Chesterfield and which will be displayed on the ceremonial flagpole at Penistone Grammar School on appropriate dates every year.

And if he can get some VJ memorabilia, the war memorial will be decorated again for VJ75 Day on Saturday, August 15.

“I will do my utmost to carry on supporting such anniversaries as the veterans of such events are diminishing every year,” said Joe.