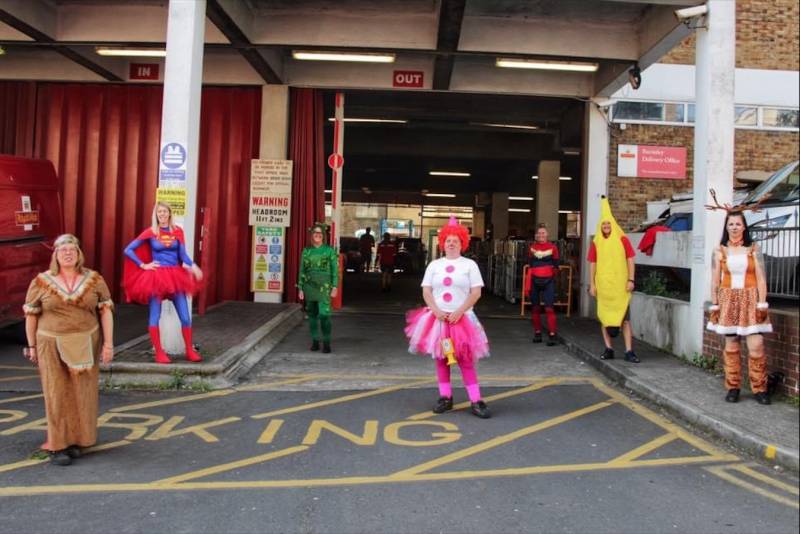 POSTAL workers from Barnsley took to the streets dressed in an array of costumes to raise money for a young boy with neuroblastoma.

Posties ditched their uniforms and instead opted for fancy dress while doing their usual rounds around Worsbrough, Sheffield Road and the town centre.

Staff were raising money for four-year-old Oliver Stephenson who has neuroblastoma, an aggressive form of cancer, to help fund vital treatment.

Oliver needs to raise £230,000 for an innovative new vaccine.

Rachel Biggins, one of the Royal Mail workers, said: “Oliver is absolutely amazing and we knew we wanted to continue to help him get the support he needs.

“The reaction has been amazing, we have walked around with charity boxes and people have always been so generous.

“We’ve had postal workers out on duty dressed as bananas and whoopee cushions which has really brought a smile to people’s faces.

“In house, the managers have still dressed up as super heroes, we’ve also been raising money through raffles and cake sales.

“It’s really boosted morale at a time like this and we want to thank everyone who has donated.