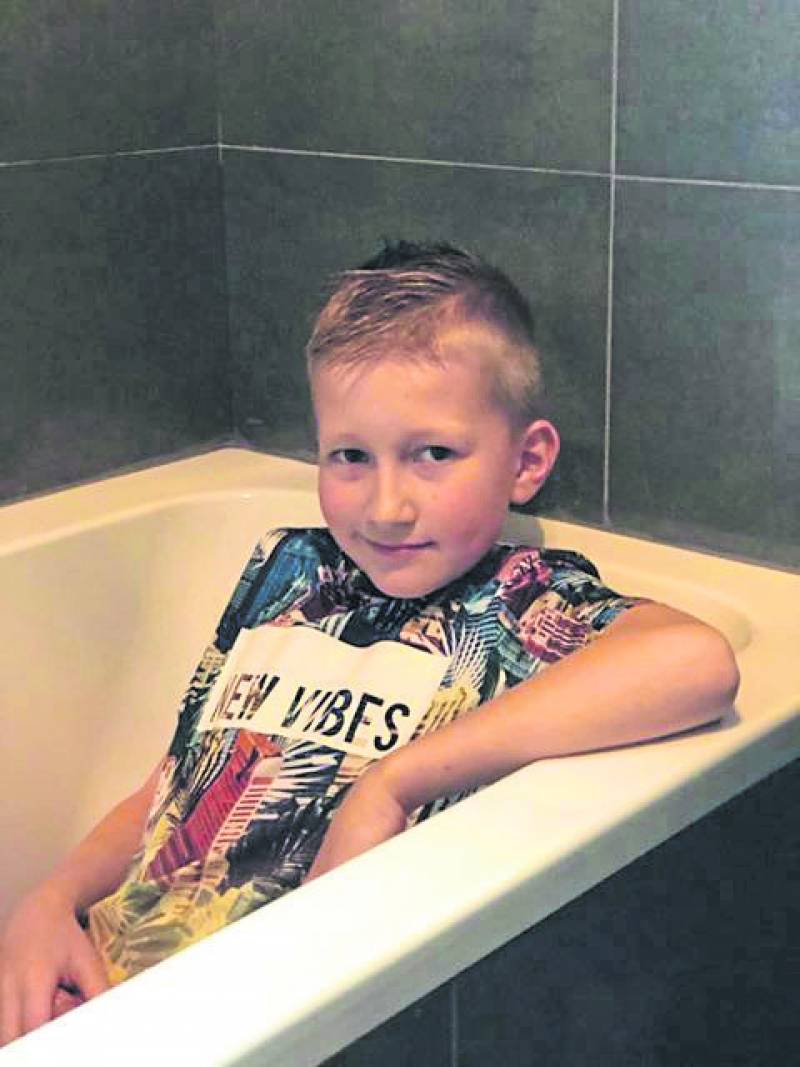 A YOUNG boy who came up with a novel way of raising money for Barnsley Hospice without leaving his home has raised more than £700 after sleeping in his bath.

Bradley Evans, nine, wanted to do something to help raise money for Barnsley Hospice after being inspired by the fundraising efforts of Colonel Tom Moore. He decided that he wanted to spend the night in his bath at his home in Oakdale, Worsbrough.

“He just came out with it one night while were eating our tea,” said Bradley’s step-mum, Kelly Sellers. “He said he wanted to raise some money for the hospice and that he wanted to spend the night in the bathtub to do it.

“I couldn’t say no so I set up a Just Giving page to help him. He just wanted to raise £100 to help the Hospice but it has gone way beyond that now.”

Bradley moved to live with his dad Christopher, and Kelly two years ago after his mum died suddenly while on holiday.

“It changed his life,” said Kelly. “He had to leave his friends behind and move schools and he came to live with his dad and me.

“He is doing amazing and I couldn’t be more proud of him.”

It wasn’t the first time Bradley has helped to raise funds for the hospice - at Christmas Bradley completed the Rudolph Run with his football club, Dale Juniors FC.

Last week Bradley spent the night in the bath and has raised more than £700.

“He couldn’t believe it when he saw the total,” said Kelly. “He was just hoping to raise £100, which is a lot of money when you are nine but to see the figure go beyond that is a great feeling.

“He did struggle a little bit to get settled because he was a little scared of sleeping in the bathroom but we made the bath all cosy and it looked really comfortable when we had done. Once he was in he was fine and fell asleep quite quickly.”

The experience has spurred Bradley on to complete more fundraisers.

“He said he wants to help raise more money - I’m sure he will come up with something equally as different next time.”