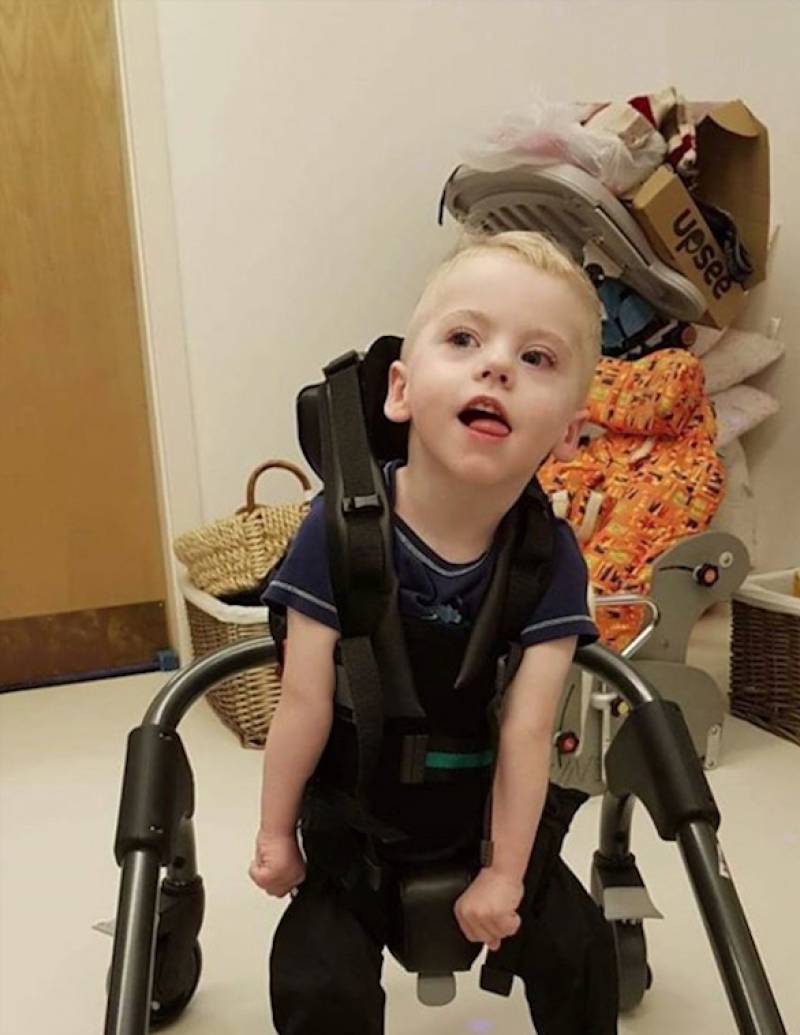 A YOUNG boy who was diagnosed with cerebal palsy at just four months old has been nominated for a Young Champions award in the overcoming adversity category.

Daniel Green, now three, of Darfield, has mitochondrial disorder, meaning that he’s unable to walk, speak and eat like other children his age – but this hasn’t stopped him from smiling.

His grandmother, 44-year-old Zoe Darcy, is Daniel’s primary carer, and has seen first-hand the day-to-day struggles that he faces.

She said: “It’s really hard for him because he’s unable to talk and walk, we even have to peg feed him because it would be dangerous for him to swallow.

“But he’s currently in a walker, strolling round the garden in an attempt to build up his strength.

“He’s doing his own efforts to fundraise for various charities, as well as his own, so we’re trying to help a lot of people.”

Zoe is hoping to raise funds for a hydrotherapy pool, which would help build his muscle tone and ease his pain.

“We’ve done a lot of fundraising to try and get the pool, because all we want is for him to be more comfortable,” she told the Chronicle.

“We’ve done fire walks and tombolas to raise the money and we’re really thankful of all the support he’s getting at the minute.

“He’s got pen friends that we write to, who have the same condition as Daniel, from all across the world – we try to help them as much as we can as well.”

When Zoe learnt of the nomination, she was extremely happy, and she’s very proud of the outlook Daniel has on life.

“It’s absolutely fantastic that he’s been nominated, we really appreciate it,” she added.

“He’s always smiling and laughing, trying to make others happy as well, so this is amazing.

“He’s a celebrity in his own right in Barnsley, people are always phoning up and asking about him, and even though he can’t speak he always tries to communicate with them – he really is an inspiration.”