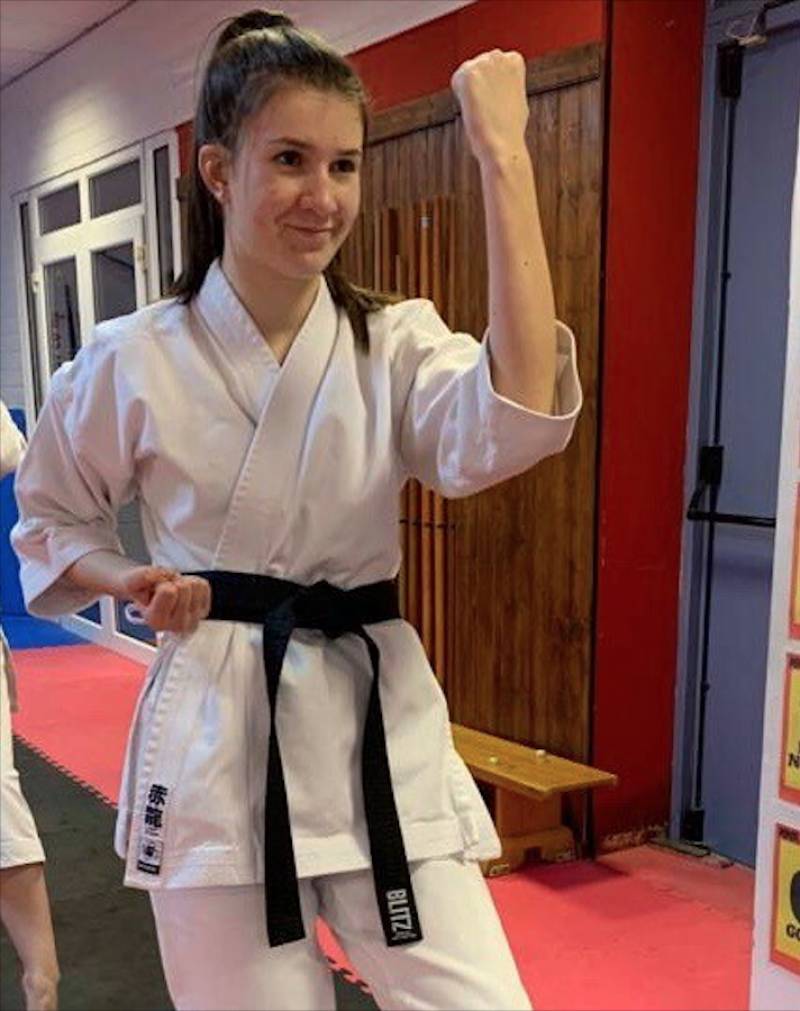 A YOUNG martial arts fighter has been nominated for a Young Champions award after going ‘above and beyond’ for her club.

Erin Longfield, 15, who trains at Modern Martial Arts, Athersley, has been nominated by trainer Sarah Moss for her volunteering efforts with younger members of the club.

Erin not only trains and competes in kata, karate and kickboxing but she has progressed to junior instructor and has been training younger members voluntarily.

The youngster trains, plans and offers support to three to five-year-old fighters and often leads the sessions independently.

Helen, Erin’s mum, said that Erin was influenced by her brother to start karate classes when she was younger.

“It seemed that she followed her younger brother’s footsteps initially and began with karate lessons.

“She then progressed to kickboxing and other martial arts once she caught the bug for it.

“Erin started to get more involved with the club over the years and wanted to take on more responsibility because she loved the discipline and loves helping others.”

Erin is now a junior instructor, where she can take on more responsibility with helping younger members.

“She now works and trains with the ‘Little Champions’ who are three to five year olds, where she directs along with the adult coaches, organises the sessions and operates almost like an assistant.

“She’s progressed to a junior instructor where she’s really made a great connection with the younger students.”

Helen believes that Erin can establish a great relationship with the students because she is able to relate to them.

“Every Sunday morning, she makes it her top priority to help her kids. She goes above and beyond all week to make the lesson is good as possible.

“I’m so proud of her, whenever I watch her tutoring she just astounds me with how good she is.

“As a teenager, I think she can relate to the younger kids more and can help get the best out of them.

“What I’m most proud of is that she does this of her own back, she wants to help others, it’s in her nature.”

Erin has now been shortlisted for a Young Champions award for for her dedication to her martial arts class.

“She’s so pleased to be nominated and we’re obviously incredibly proud.

“She doesn’t volunteer for awards or attention, she does it because she genuinely loves the art and helping others.”