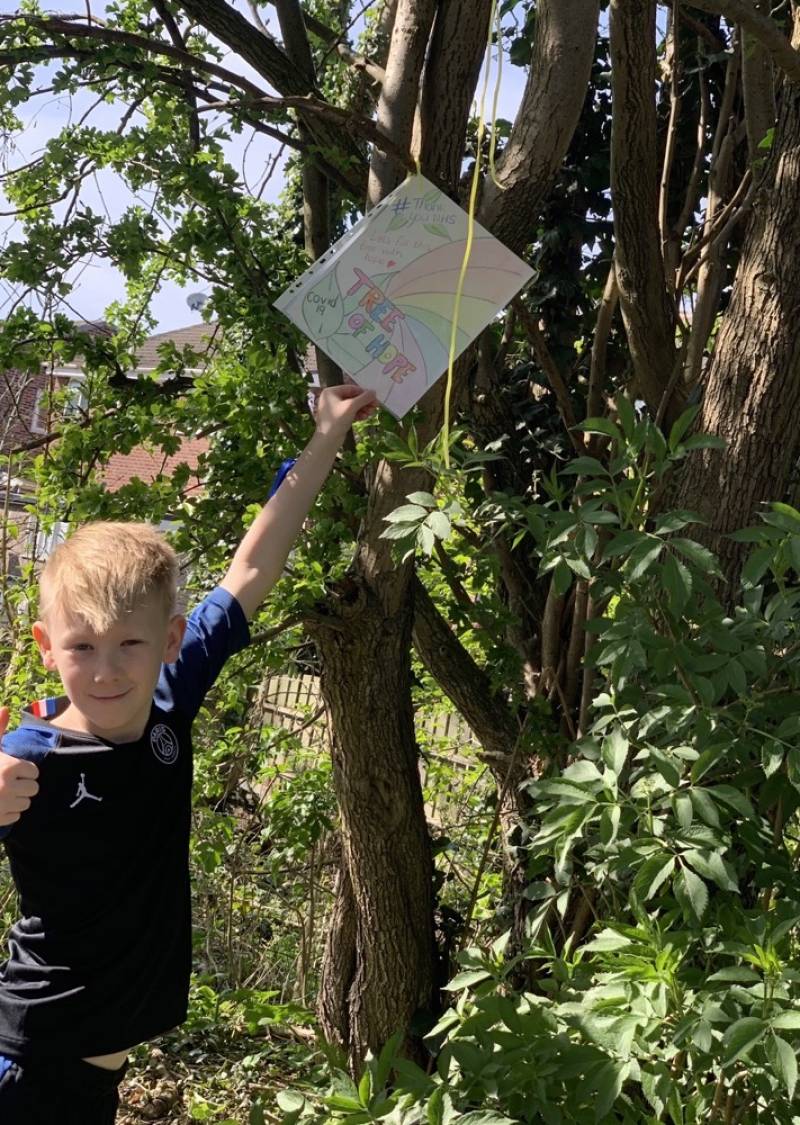 A BOY has helped to brighten up Worsbrough by decorating a tree full of rainbows and messages of support.

Leyton Utley, ten, decided to put a smile on people’s faces during his daily walk around Worsbrough Reservoir.

“We go around the reservoir every day and Leyton noticed a few other people while we were out on our walks,” said mum Stephanie, 39. “He wanted to cheer them up and thought about the rainbows he had seen in windows and thought it would be nice to have a rainbow tree.

“He wanted it to be in a place where people would easily see it so we chose a tree by the entrance and he put a rainbow in it.”

Over the past few weeks, many people have added to the tree, which has become known as the ‘Tree of Hope’, and have left messages of encouragement and support for NHS and frontline workers.

The tree has also become a place for Leyton to leave messages for his friends at Ward Green Primary School who he hasn’t seen in weeks.

“Leyton was feeling lonely without his friends so he left a little message in the tree and was delighted when some of his friends replied,” added Stephanie, of Meadow View, Worsbrough Bridge. “It’s turned into a lovely place and really brightens up our walks.”

“I’ve noticed people reading the messages in the tree and adding their own – it’s really taken off within the community.

“We are so proud of Leyton for wanting to do this – he is such a caring boy and always wants to do things for others. He is so proud that he is cheering people up throughout the lockdown.”

When asked why he wanted to decorate the tree, Leyton said: “A rainbow makes everyone smile, so I wanted to make the rainbow tree to help cheer people up.”