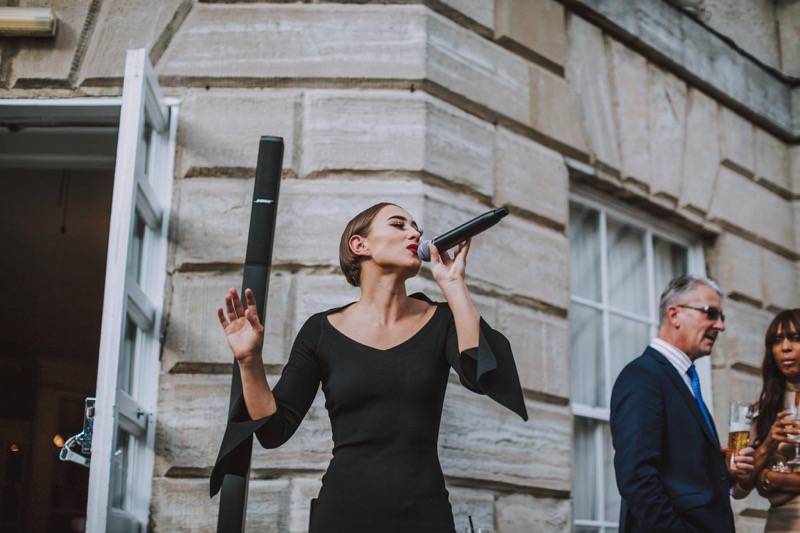 AN impromptu online gig raised more than £1,000 for Barnsley Hospice.

The event, set up on Facebook, attracted thousands of viewers last week as several local performers took to the virtual stage, streaming live performances from living rooms, bedrooms and kitchens.

It was organised by musician and producer Kevin McNamee, who has previously raised money for the hospice – last year releasing a Christmas single, ‘Shine’, with singer Georgie Harrison.

“When we released the single, I had the chance to meet some people from the hospice,” said Kevin.

“I saw just what they did with the money they get, and it took me aback a bit.

“They can’t raise money themselves at the minute, but I thought there’s no reason why we can’t help them.”

Kevin and Georgie, alongside other performers, set up the Facebook page the week before the gig.

He said he didn’t expect so many donations and messages of support – with a fair few asking when the next event will be.

“I said to people not to stress about raising the money, just have some fun with it and I’m sure the hospice appreciates what we’re doing,” added the 54-year-old roofer from Monk Bretton.

Georgie, 22 – who’s been putting on her own ‘lockdown live’ every week – was the first live performer on the evening.

Her set featured an emotional rendition of Lewis Capaldi’s ‘Someone You Loved’ which saw her tear up, as she thought back to performing the song at the hospice’s ‘Light Up a Life’ event in December.

“At that event there were hundreds of people all lighting candles, and it was a very emotional day,” she said.

“I couldn’t quite get through the song, and then my words weren’t coming out properly.”

Izzy, 19, said: “I’ve done a few live videos now on the Royal pub’s Facebook page, and it’s very different but it’s nice that a lot of people are watching.

“The first time I did one it felt a bit strange getting dressed up for a gig and then going to the kitchen.

“It’s got people talking about Barnsley Hospice and the fact it needs help.

Neil Diamondo, Saffron Harrison, Katie May, Demi Hoare, Matt Green, Daz Gracie and Harry PJ all shared their own live videos as part of the fundraiser.

Kevin said there were plans for another event for Barnsley Hospice in the near future.