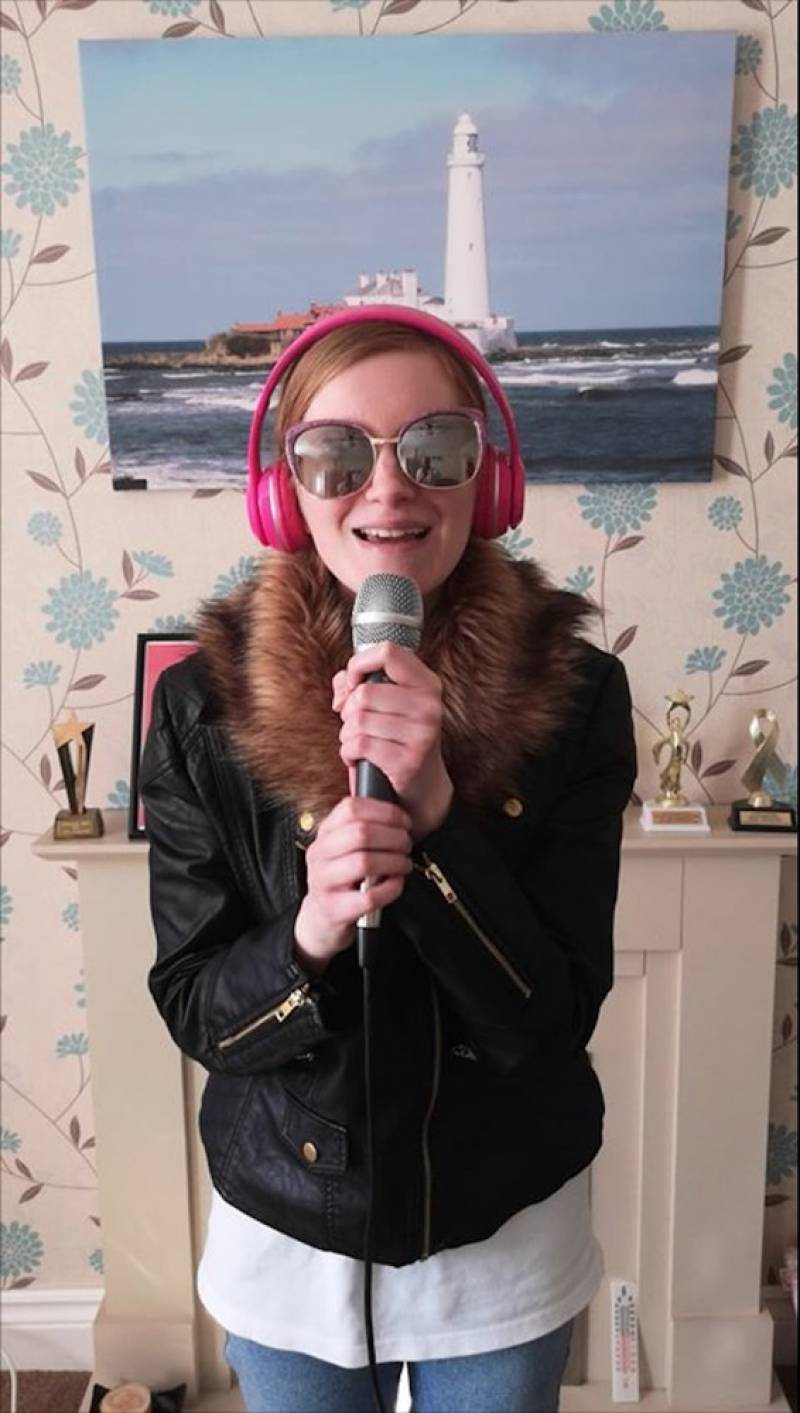 A FUNDRAISER has been gaining online attention after penning and performing her own rap based on the NHS during the lockdown.

Jessica Hempshall, 22, of Oak Road, Wath-upon-Dearne, has written and recorded her own original rap to raise money for Cure Leukaemia.

Jessica has been raising money for the charity since 2013 by cutting her hair and writing her own poetry books.

To support the national 2.6 Challenge, where people are encouraged to do fundraising tasks as long as it’s based around 2.6 or 26, Jessica wrote a two-minute and six-second rap.

“This year I decided to push myself out of my comfort zone and write and perform a rap.

“This week was supposed to be the London Marathon, but instead the charities across the UK have taken on the 2.6 Challenge instead.

“I chose to support Cure Leukaemia, as I’ve been a big supporter of theirs for years because they saved my friends life.

“I’ve also done lots of fundraising with them in the past including my poetry book, hair donations and vlog challenges.”

Jessica wanted to challenge herself by doing something she has never done before.

“I chose to do a rap, because I’m not very good at sporty things, and have always loved writing.

“I wanted to make everyone smile during this bleak time. I created the music and wrote the lyrics myself.”

So far it’s had more than 3,500 views on Twitter and Facebook combined, although the number keeps growing.

“Paul Chuckle has backed the video and it was amazing to see that I had raised more than £120 in the first day.

“It’s a charity that’s close to my heart so to see the money coming in means so much to me and the charity.”

James McLaughlin, Cure Leukaemia’s chief executive, said: “Jess has been a great supporter of Cure Leukaemia for a number of years now.

“She always tries to find creative ways to raise awareness and funds for the charity.

“Not only has her 2.6 Challenge rap brought a smile for all who have watched it, but she has also raised vital funds for the charity.”

To donated to Jessica’s fundraiser, visit her Just Giving page.