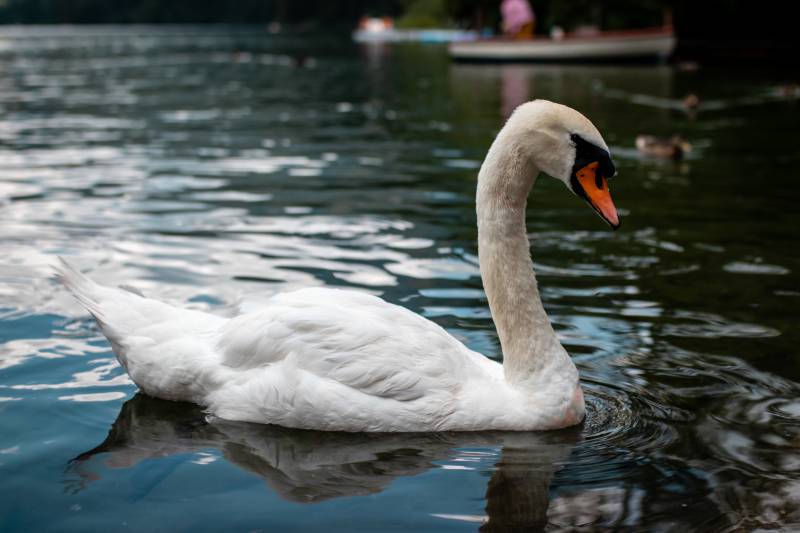 A SWAN had to be put down by the RSPCA after it was mauled by two dogs.

The attack occurred on Saturday morning at Brick Pond in Goldthorpe and involved two mastiffs.

Shaun Daykin, 52, whose wife runs the Dearne Active Community Group on Facebook, was one of the first on the scene following the vicious attack.

He said: “I got to the pond just a couple of minutes after the attack and it looked like a warzone – there was blood absolutely everywhere.

“There was already a man at the scene who lives across from the pond, and he tried to chase the dogs off to no avail.

“The dogs were just off the lead running wild, the man across the road ran over with a shovel but he felt so threatened by them.”

Shaun is more angry about the lack of remorse from the owner after the attack, as he is alleged to have said ‘it’s not my fault’.

“We rang the RSPCA straight away, but by the time they got here a couple of hours later, the swan had to be put down at the scene,” Shaun added.

“The RSPCA said if they find the dog owner that they will prosecute him.”

The 52-year-old is appealing for CCTV from between 8.45am and 9.45am on Saturday morning, as the pond currently has no surveillance in place to verify the owner’s identity.

“People from across the community are checking their camera footage because they’re really upset by this – a lot of people loved these swans,” Shaun said.

“The whole community is in uproar at the minute, the swans have been at the pond for years and a lot of people have grown up with them.

“Absolutely everyone is devastated, the man who was first at the scene told me ‘it’s like losing a family member’ because he used to take his kids to see the swans when they were younger.”

This is the second swan death in six months in the area, as two men were seen battering a swan in Mexborough last October.

The suspects for that attack were believed to be male, and were seen reportedly hitting the swan with a stick on the River Don’s path.

Labour Coun May Noble, of the Dearne South ward, told the Chronicle: “I think it’s absolutely horrendous, it’s a sad indictment on people who own dogs.

“I think you have to think about what could have happened if this was a child and not a swan, it could have easily happened.”

RSPCA animal collection officer Katie Hetherington, who attended, said: “The swan’s injuries were horrific, he had a very badly broken wing and a broken foot.

“He collapsed and was breathing heavily.

“Sadly there was no choice but to end his suffering.

“Unfortunately this leaves his mate alone with a nest and eggs that she is sitting on too.”