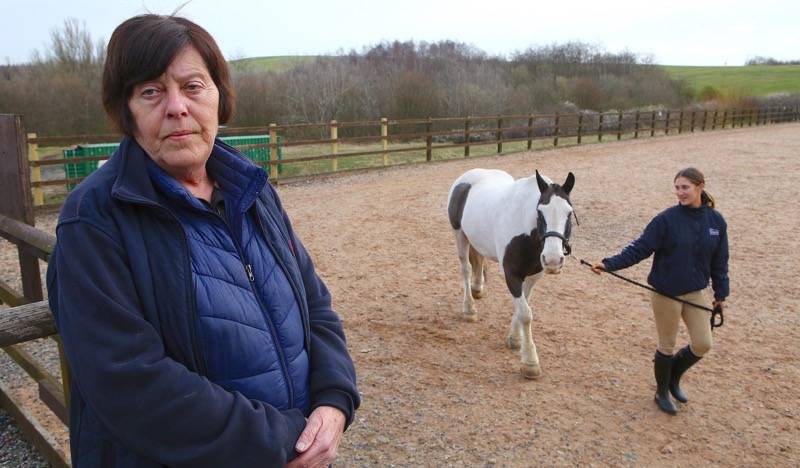 A ‘BARNSLEY institution’ which gave a stark warning about its future following the coronavirus outbreak has renewed its appeal – after being repeatedly let down by false promises of help.

Barnsley Riding for the Disabled Association was forced into temporary closure in March, after guidance from the organisation’s head office.

The Pontefract Road centre must remain operational, as site manager Catherine Mitchell and another person continue to tend to its eight horses, but without its normal income to support necessary running costs.

Catherine said the site, which for 40 years has provided riding classes and activities for hundreds of disabled children and adults from Barnsley, spends more than £100 a week on food for the horses alone.

“We’re just above water at the minute, so it’s a case of seeing how it goes. One of the ponies smashed all the fence, which we need to repair, and we’re due to have the blacksmith come in.

“We still have to buy hay for the horses until they can go onto the grass.

“Someone offered to come and harrow the field, but they wanted £200 for it and we can’t afford to spend that at the minute.”

Catherine, who’s balancing working seven days a week at the centre with looking after her mother, said she was unsure how long the centre could last having been ‘let down’ by people offering to help but failing to deliver.

“Some donations are coming in, mostly from the older generation,” she added.

“We’ve had a few fundraisers and people putting appeals out, which we’re grateful for.

“People have promised things, but they’ve let us down.

“Like any animal, you can’t neglect horses, you’ve got to look after them.”