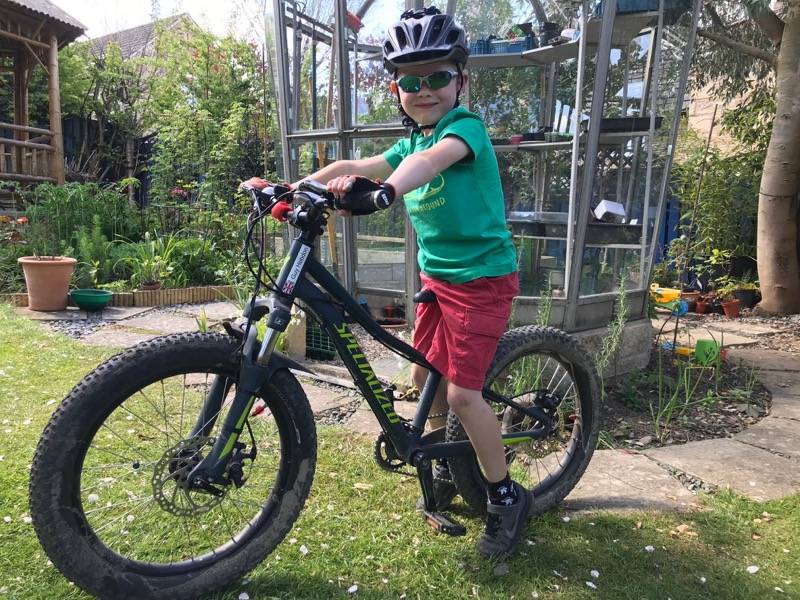 A SIX-YEAR-OLD cyclist has ‘smashed’ his initial fundraising target by cycling up to 30km across the borough after being inspired by Captain Tom Moore.

Guy Hebdon, from Cawthorne, has been filming his cycling journey after being inspired by the war veteran who raised millions for the NHS and wanted to join in.

The youngster set an initial target of £100 for NHS Together, but has raised more than £450 with days left to go on his campaign.

John Hebdon, Guy’s dad, told the Chronicle: “Guy doesn’t even know what the word ‘inspired’ means, but he was really motivated and interested in Captain Tom’s spirit.

“For Guy, painting rainbows wasn’t enough. He wanted to take it a step further and raise money for the NHS.

“He’s always loved cycling so we thought we could cycle to relative’s houses and give them a wave whilst clocking up miles.”

John has been filming Guy’s daily cycles and posting them on his Facebook page, which has gained online attention for his efforts.

“We’ve been filming Guy’s progress everyday which has really be racking up views online.

“It’s the support and positive comments that have really pushed him on.

“For a lad of his age to cycle 30km is absolutely unbelievable, he’s never complained and always been motivated to go again everyday – we’re very proud of him.”