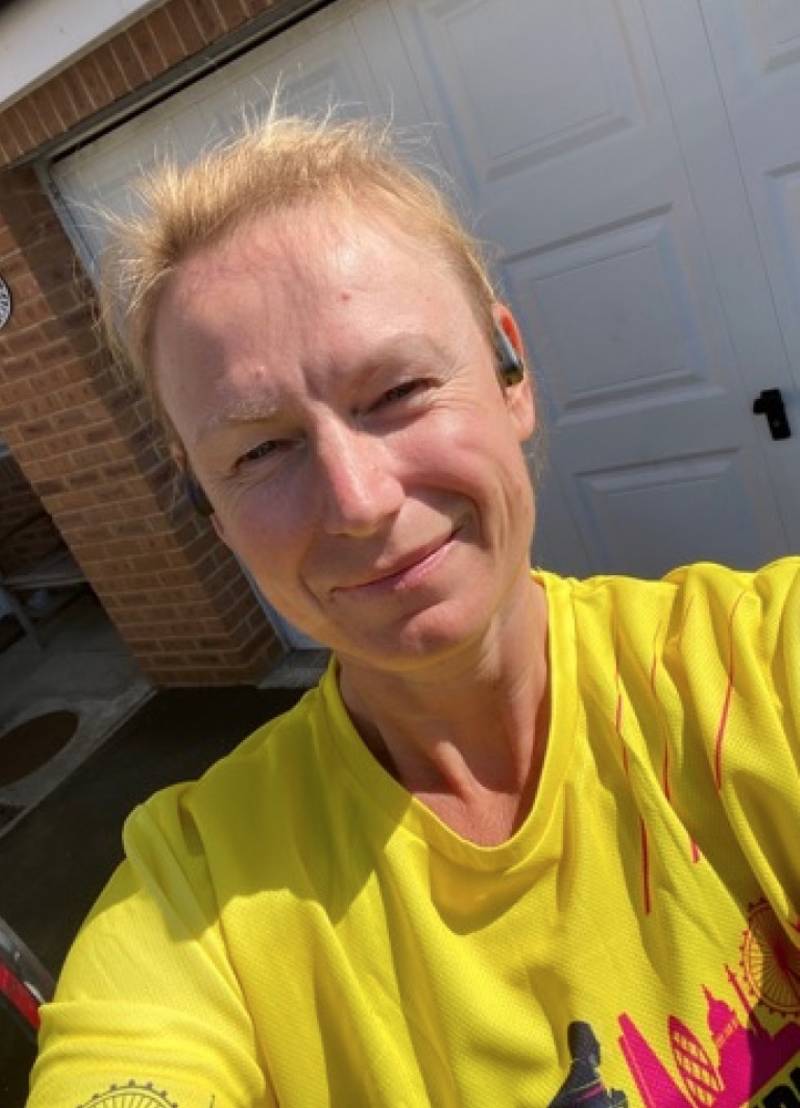 A WOMAN is raising money for Barnsley Hospital Charity by running five kilometres each day in rainbow attire to support NHS workers.

Cass Bowman, 43, of Kingfisher Drive in Wombwell, decided to donate to the charity following the death of her friend’s father, who had coronavirus.

She said: “When I heard the tragic news of his passing, I just wanted to help the hospital out in any way that I could.

“I’m into running anyway, so I thought it made sense to try and raise some money for them by completing a running challenge over the next few days.

“I’ve raised money before for charities when I’m running, and I think the NHS deserve to have money raised for them.”

Cass is dressing in different colour clothes everyday, to represent the colours of the rainbow, as a way of supporting the frontline workers of the NHS.

“One of the running groups that I attend came up with the idea last week to dress in the colours of the rainbow, so I decided to take it one step further by raising money,” she said.

“If I’m out and about, and people see me, I’m hoping it will raise more attention than if I was wearing normal clothes.

“It highlights the need to raise money for the NHS and in particular in this case, Barnsley Hospital.”

The runner, who is a teaching assistant at King Oak Primary in Wombwell, only started running a few years ago after a hip problem.

“I remember asking my physiotherapist if running would help, which is a bit confusing looking back because it’s never been something I’ve been in to,” she added.

“I was supposed to be running the London half marathon this year, but that’s been cancelled.

“That’s why I thought running 5km a day would be a good challenge for myself, as I’ve never ran consecutive days like this before.”

Cass raised £64 for the charity after just one day of fundraising, but admits donations may be hard to come by from her friends, due to difficult times, coupled with a recent fundraising campaign she set up.

“The aim is to raise as much money as I possibly can, but I recently asked for donations from my friends for a run I was doing for Prostate Cancer awareness,” she said.

“Every little helps, if you’re able to just donate one or two pounds then it’s a massive help, I appreciate everything that gets handed in.”

To make a donation to Cass, visit her JustGiving page.