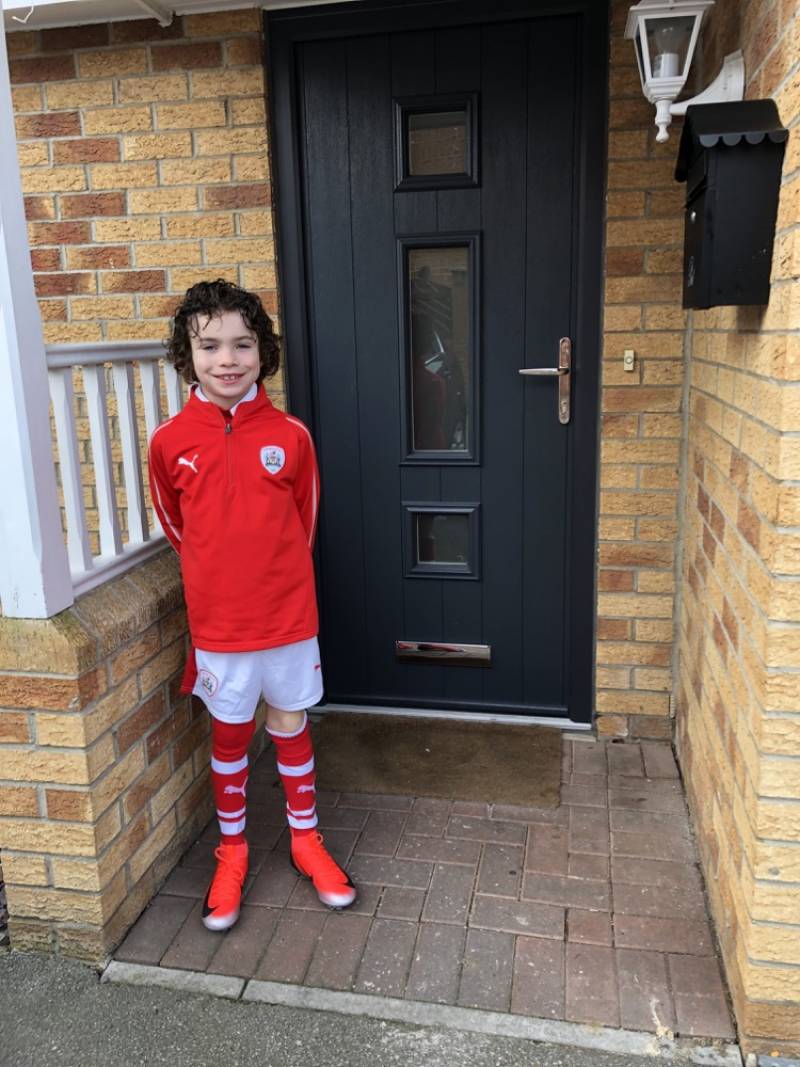 A YOUNGSTER is putting his best foot forward by running and cycling 100km in under a month for NHS workers.

Eight-year-old Teddie Ryan, from Kirkland Garden in Monk Bretton, has raised more than £880 for local NHS workers by running and cycling 100km throughout April.

Teddie was inspired by war veteran Captain Tom Moore, who raised more than £25m for NHS workers by walking 100 lengths of his garden.

Amy, Teddie’s mum, can’t believe the support her son has received online for his fundraiser.

“We’re incredibly proud of him,” she added.

“He saw the work that Capt Tom Moore had done and wanted to do his bit.

“He’s doing this off his own back because he knew he would be able to help out with the spare time he has.

“Teddie’s always been incredibly sporty, so knew he wanted to take on a physical challenge.

“We started the challenge last week and he has already completed 30km of it so far. There’s no stopping him.

“He’s got three weeks left to go but he’s so determined to help out the NHS that it will push him through.

“We would love if more people could donate to help Teddie reach his £1,000 target to donated to Barnsley NHS staff.

“We want to thank everyone for their support so far.”