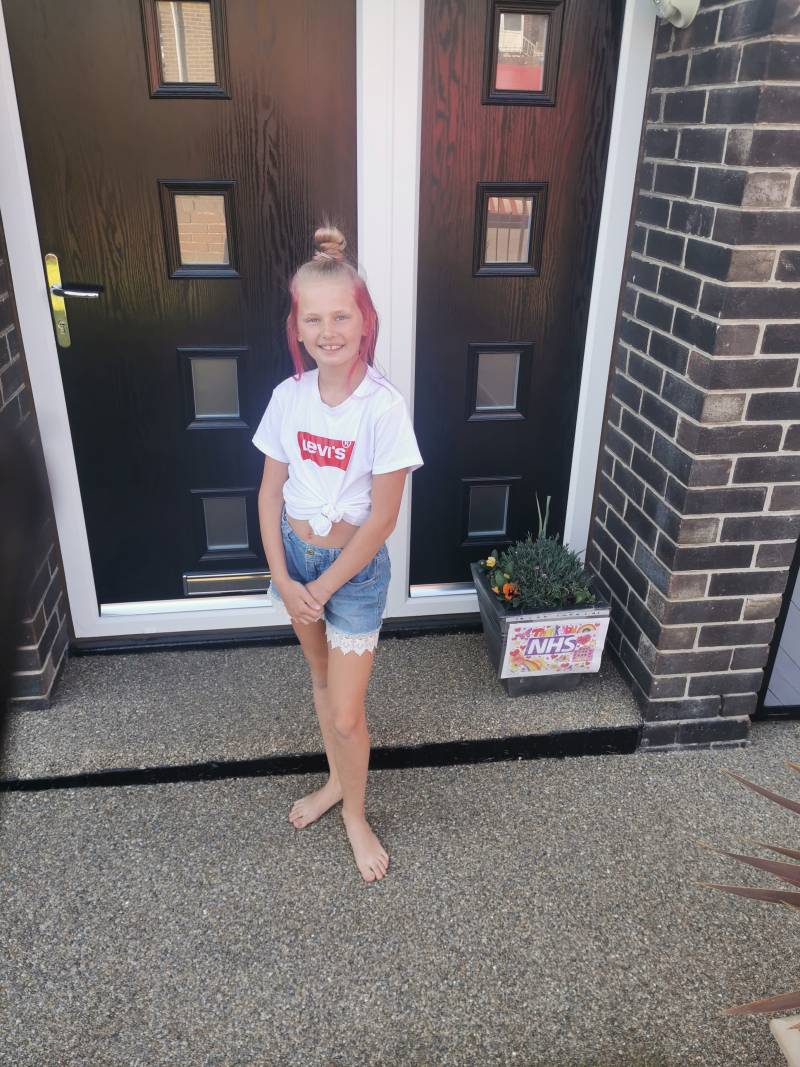 A YOUNG girl has chosen a radical way to show her support for the NHS – by dyeing her hair the colours of the rainbow.

Maisie Mills, nine, wanted to show her support for the hard-working NHS staff and came up with a semi-permanent way to show her appreciation.

“She has been bugging me to dye her hair pink for weeks,” said Maisie’s dad, Dale, 33. “I kept saying no, but then she came up with the idea of dyeing her hair the rainbow colours to support the NHS and because it was for a good cause, I agreed.”

Maisie chose the seven colours of the rainbow and said she was inspired because her aunt and grandma both work at Barnsley Hospital.

“She loves it,” added Dale. “She’s taken all this in her stride and I am proud that she wanted to show her support. She has been the first one out of the door every Thursday for the applause for the NHS.”

Although the dye is semi-permanent, Maisie said that the blue shade was her favourite.

“It’s the darkest so it stands out more,” she said.