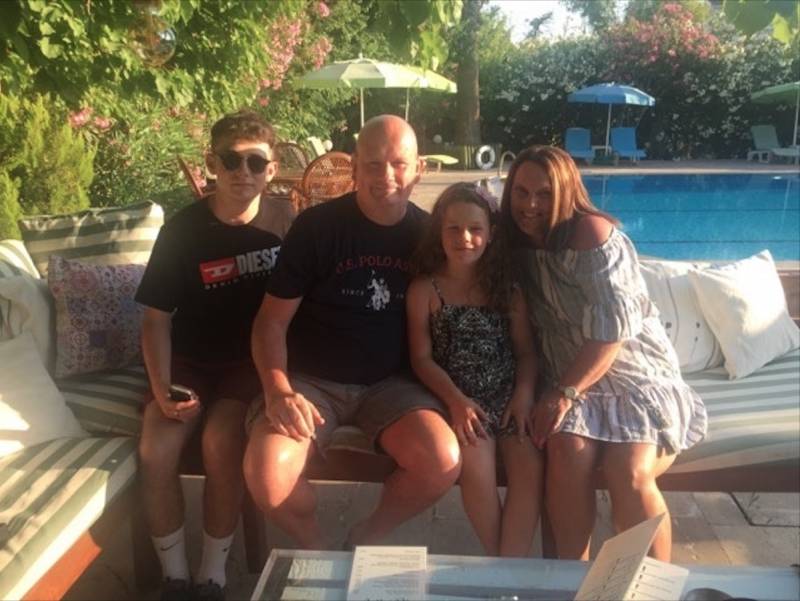 A CORONAVIRUS survivor has paid tribute to Barnsley Hospital’s NHS staff who saved his life.

Lee Parry, of Grange Road, Royston, was diagnosed with the virus after experiencing a persistent cough and shortness of breath and was rushed to hospital after his symptoms became progressively worse during a self-isolation spell.

“I showed some initial symptoms and self-isolated for ten days, and then I felt that it started to ease,” the 48-year-old said.

“Initially I thought it was just a cough, but I couldn’t smell or taste anything.

“I still had my appetite though, so I was wary about wasting a hospital bed for those who need it.

“However on the tenth day it came back much worse and I felt really bad.

“I was struggling to get upstairs to the toilet with my breathing, and had to stop halfway up because I was coughing all the time.

“That’s when my wife, Jane, rang 111 and we were told to go to the hospital with symptoms of coronavirus.”

When at Barnsley Hospital, Lee was put on a ventilation system after his oxygen levels prompted doctors to become concerned for his deteriorating health.

“At the hospital, they tested me straight away because my oxygen levels had dropped to between 60 to 70 per cent, which was really low,” he added.

“I was put on oxygen and a drip overnight in a room on my own where I received one-to-one care from a doctor who monitored me.

“Because I had been waiting and thinking I could get better, I also developed pneumonia.

“I was then put on the ventilation system, which I wore for 27 hours, and was told they may have to put me in an induced coma if the levels didn’t improve – so obviously I was really scared at this point.”

Lee has been discharged from hospital, and while recovering at home, wants to raise awareness for the current plight of NHS workers who, he believes, saved his life.

“The staff at Barnsley Hospital were absolutely brilliant. They treat you like a normal patient and took every care possible.

“Everything that doctors and nurses did was explained to me which was great at putting my mind at ease.

“They would come in at night to check on me, and I had one nurse who was with me for almost 12 hours looking after me.

“It was amazing to hear from one of the nurses who had been a nurse for 47 years and she had come out of retirement to help out – it was unbelievable.

“They saved me life. If it hadn’t have been for the oxygen system they put me on, I don’t think I’d have been here today.

“What really brought it home to me was that the ward I was on had four patients, and three of the other patients, in the five days I was there, had died.

“It’s clear to think that I was definitely one of the lucky ones.

“It was so scary but the staff on ward 18 did an amazing job at keeping me calm and keeping me healthy – they are absolutely selfless and I can’t thank them enough.”