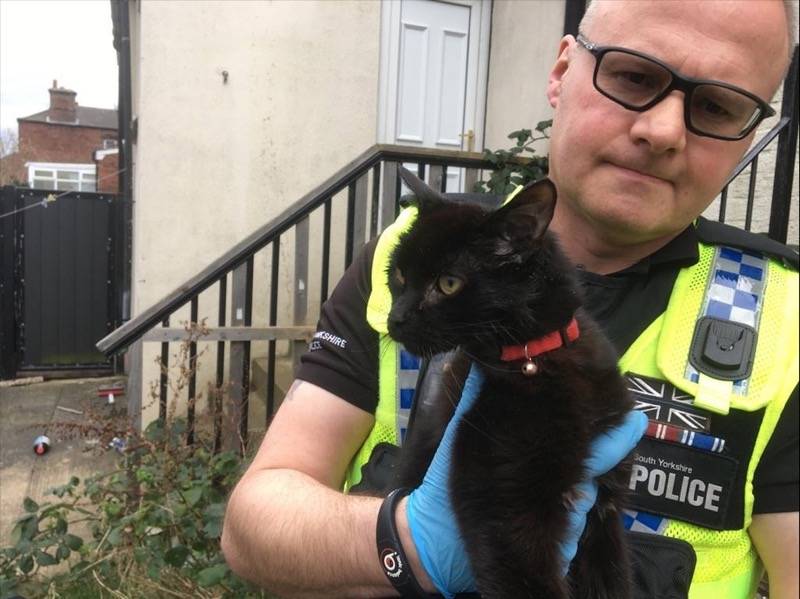 A CONCERNED cat owner was finally reunited with her beloved pet after six weeks and thousands of missing posters – just a few doors down from her house.

Celeste Melton, of Springfield Street, Barnsley, even placed an advert in the Chronicle when her beloved black cat Digger went missing in early February.

She delivered 5,000 leaflets across central Barnsley, sparking a huge community effort to find the feline.

Celeste had almost given up hope when a neighbour said they spotted Digger in a vacant house on her street.

“I’d finished work and saw one of my neighbours was in the middle of the street, saying they’d seen a cat on the window sill,” said Celeste.

“Three weeks before that, someone had heard meowing but couldn’t find anything.

“We realised it was that house, and I started shouting his name through the letter box and heard him meowing.”

Digger, living up to his name, had been digging for food and got a crisp packet stuck on his head – leading to more urgent concerns for his wellbeing.

With the house locked and Celeste’s requests for the landlord to hurry unsuccessful, she called the police.

“It was a bit traumatic, but I had half the residents of Springfield Street cheering me up,” said Celeste.

“He looked an absolute mess, he’s lost half of his size.

“I didn’t realise just how many pets disappear until this happened. Hopefully, it gives a bit of hope to other people whose pets might be missing.”

Digger, who’d been surviving on food scraps and tap water, was rescued by PC Mark Winter and taken to the RSPCA for a health check after a brief reunion with his owner.