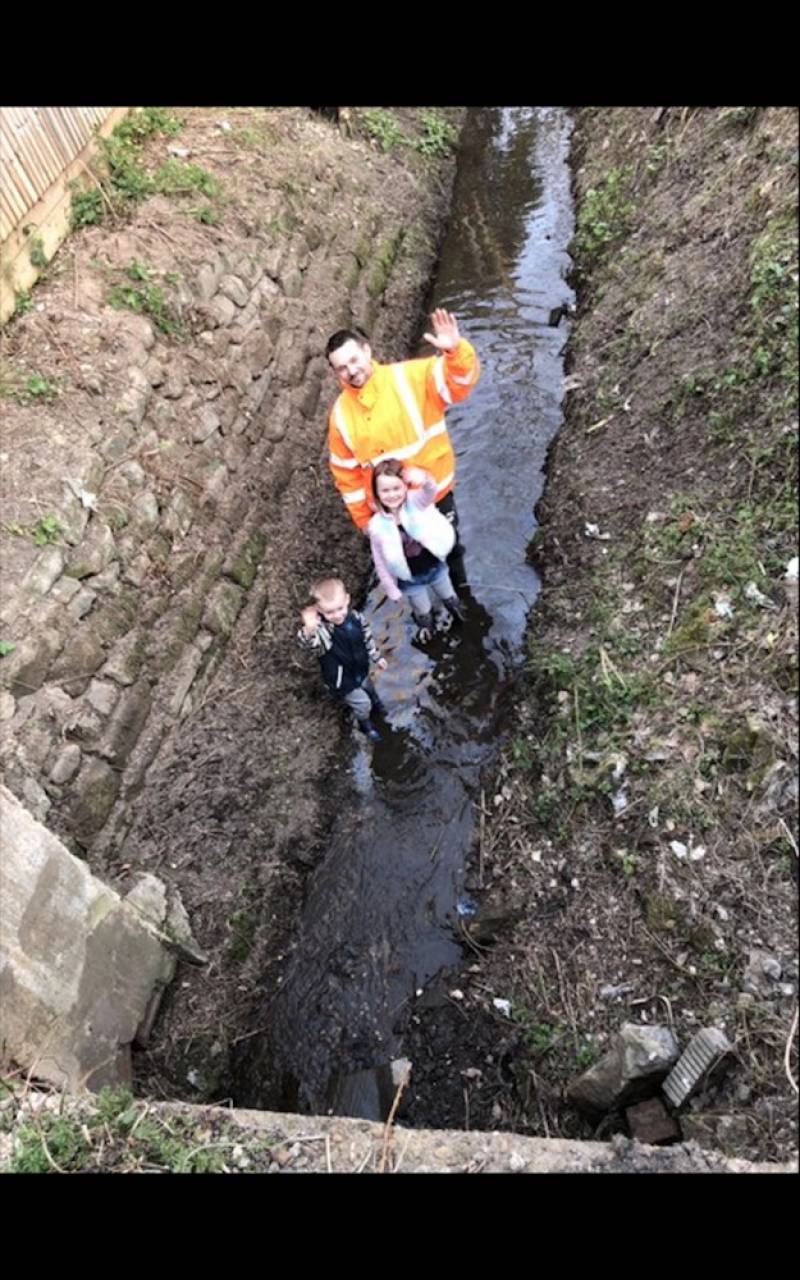 A DYKE in Low Valley left ‘unattended for months’ has been cleared by a local resident as flooding fears in the area continue during spells of heavy rain.

The dyke, which runs at the back of Marcin’s house, has been a cause of concern for local residents after fears the waste was causing blockages of water.

Marcin, 35, said: “At the weekend, I decided to clear the dyke of the rubbish and leaves that have been left unattended for months.

“The dyke falls onto my land, so I felt it was my duty to help to clear it up and avoid any further flooding.

“It was hard work. My hands were cut and were bleeding by the end of it.”

Marcin dedicated a full weekend to getting the dyke cleared, but said it was a big challenge to take on alone.

“I’d say it took me around 17 hours to get it all cleared over the course of the weekend.

“I’m a pretty easy-going person so didn’t expect any attention or reward for clearing it up.

“I just wanted to take the work into my own hands and make sure the neighbours were safe.

“I think the best thing moving forward would be to cover the dyke completely, I’ve wanted to push it down for a while now but never had the permission.

“It would be safer this way so that water won’t get trapped and clog up, which could cause ever further flooding.”

Sue Bradshaw, who chairs the Low Valley Flooding Group, has been helping local residents raise money to provide each household on Station Road with two boxes of sandbags to protect their homes from future floods.

She said: “I think that what Marcin did was absolutely amazing.

“It took him a few days of hard work, but from what I’ve seen, it was all worth it.

“It’s a shame that it was left to Marcin to take care of it, it was such a huge task.

“The flooding of Low Valley comes from behind his house and the dyke, so if the dyke fills up, then the flooding can get even worse.

“I think he is fantastic. He’s the first to volunteer for anything and is always eager to help the neighbourhood.”

A £1m pot will be halved between repair work and a plan to increase clearing rates as a result of councillors’ complaints about leaves and debris clogging up the drainage system in the area.

Matt Gladstone, executive director for place, said: “There will be a significant debrief into the recent floods and lessons will be learned from it, just as they were in 2007.

“Natural flood management, including more tree-planting which can help to hold back water, is something high on both Yorkshire Water and the Environment Agency’s agendas and we’re looking at key sites where this can happen.

“We have to keep an eye on rainfall and the likelihood of flooding, while doing all we can to put measures in place to stop it, as this issue won’t go away.”