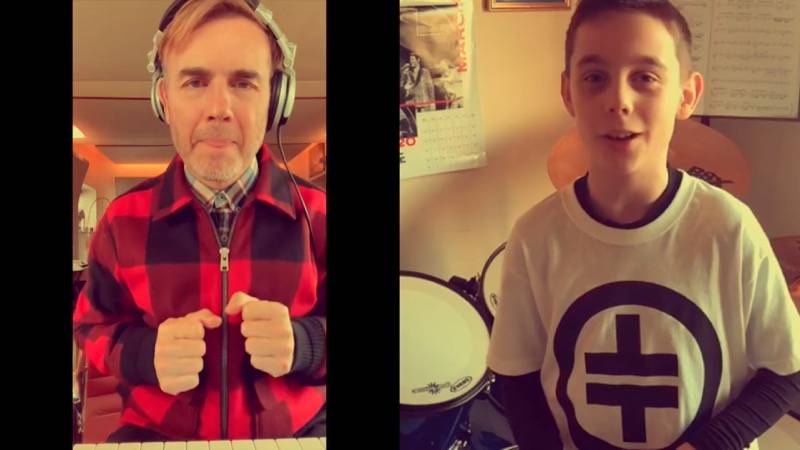 A YOUNG drummer will ‘never forget’ the moment he was picked to perform side-by-side with superstar Gary Barlow.

Alex Hemingway was featured on the Take That singer’s ‘crooner sessions’, with a video performance posted to almost a million people on Facebook.

The multiple Ivor Novello Award winner and former X Factor judge spotted 12-year-old Alex on social media – thanks in part to superfan mum Sharon – and Alex then entered a competition to become the first amateur musician featured on the series.

He submitted a drum cover of ‘Let Me Go’ from the singer’s 2013 album Since I Last Saw You, which Barlow then played and sang over.

Sharon, who taught at Shafton Primary Academy for 18 years, said: “I’ve been a fan for more than 30 years so Alex’s been brought up around their music.

“He went to see them on tour, and I think that gave him the spark to start learning their songs.

“He’s still young, but he’s got a natural talent and rhythm. If he hears a good track that he likes, he can knock the rhythm out and start improvising around it.”

Alex, from Brunswick, Ryhill, picked up the sticks when he was just six years old.

He had been inspired by his uncle Anthony Oxley, a drum major in the Yorkshire Regiment, who died in 2016.

At his funeral, Alex’s eyes were drawn to the marching tune played by the drummers, and he asked for his first kit that Christmas.

Alex posts videos on YouTube, one of which found its way to Barlow – who called the youngster ‘amazing’ as he shared the video with his four million Twitter followers.

He’s learnt around 30 of the group’s songs, including ‘Greatest Day’, ‘Hold Up A Light’ and ‘The Flood’, all by ear.

“His dad wants him to get into 1960s stuff and be sort of a Phil Collins,” said Sharon.

“He does rock and pop covers at the minute, but he does have an interest in composing his own music and he’s trying to get into a band.”