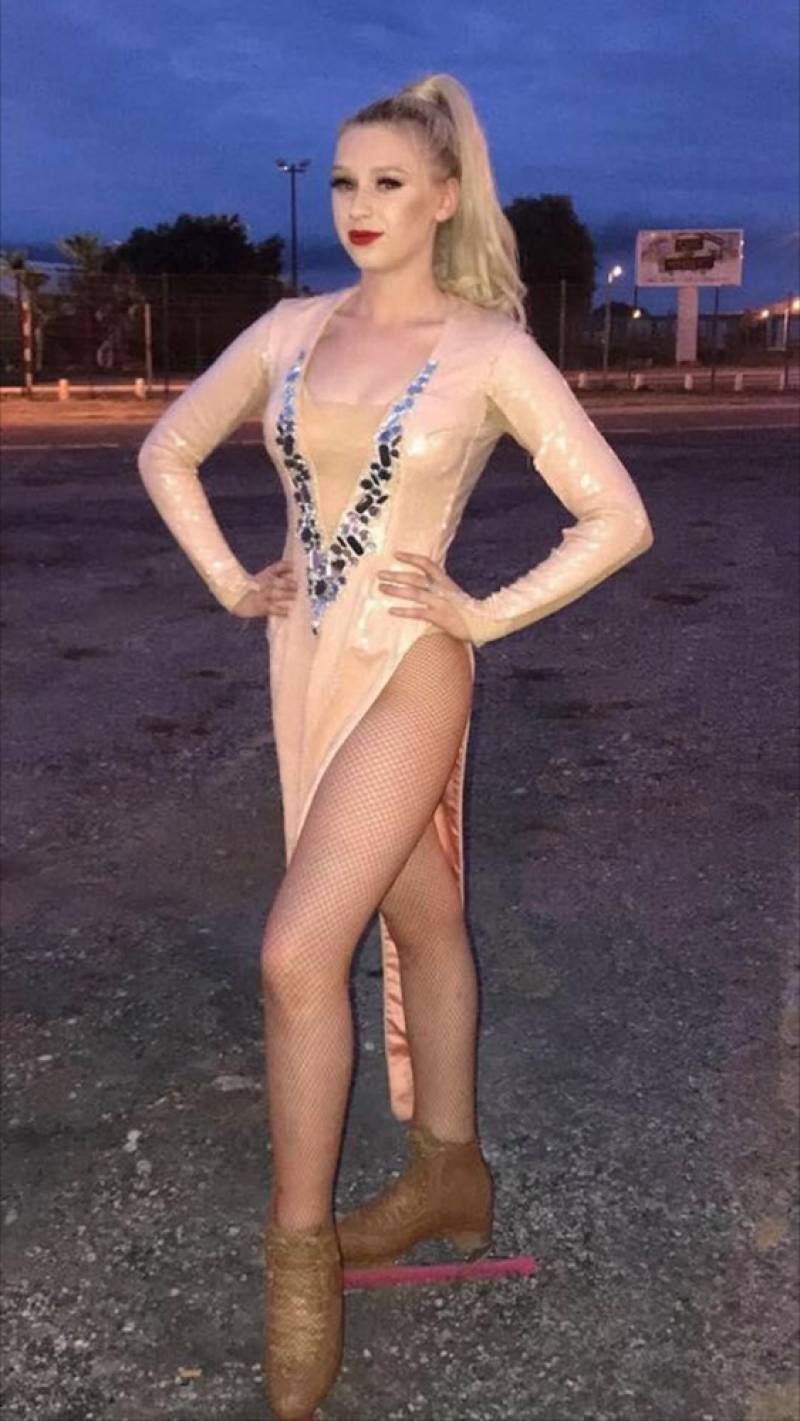 A MUM whose daughter is stuck in South America due to the coronavirus crisis has made an impassioned plea to bring her home safe.

Ice skater Evie Cook, 20, was scheduled to take part in a show in Ecuador, flying out last month.

She wasn’t to know that a few weeks later, the country would be on almost complete lockdown, with few flights allowed in or out.

And with the show on hold, Evie’s mum Emma Field said her daughter has been left in limbo – with the family feverishly trying to get her home.

“She’s trying to stay strong, but as I’ve been talking to her she’s starting to show more and more signs of distress,” said Emma, 39, from Carlton.

“She could be out there for months, and if she does catch the virus, their health service is nothing like ours.”

Emma said there were no direct flights from the UK to Ecuador, with one German flight – which the family had hoped to bring Evie back on – suddenly becoming unavailable due to the airline prioritising German citizens.

Another route back, through the United States, has been cut off due to that country’s increased border controls.

Emma said the one positive was that Evie wasn’t on her own in the hotel in the city of Cuenca.

“There are a few hundred people involved in the show,” she said.

“They’re under the impression they will be able to start the show again, and at the minute they’re paying for her accommodation and food.

“It’s been her dream to skate all over the world since she was six years old.

“She was hoping to get out to see places she never thought of seeing, it was a fantastic opportunity. But it’s escalated so quickly.

“We will pay thousands to get her home.”