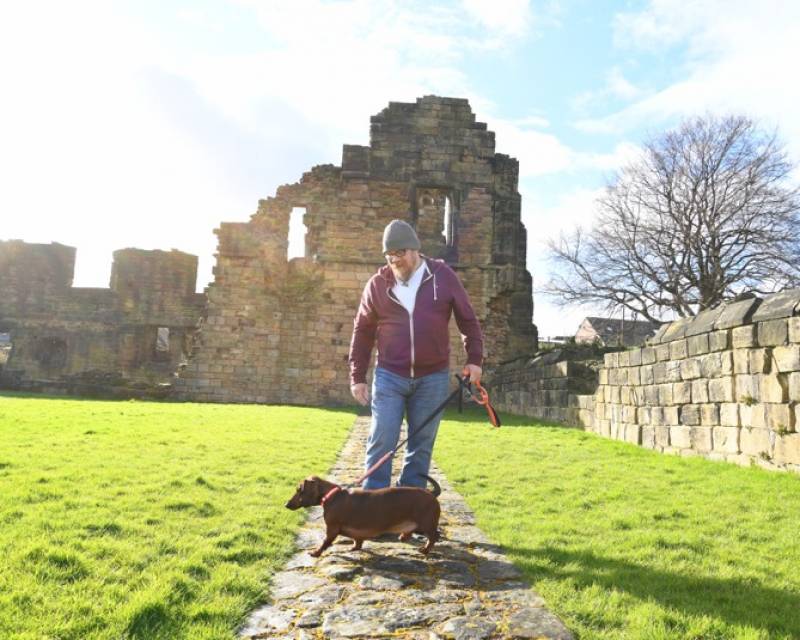 CLUNIAC ruins and a historic mill are looking to become a heritage trail together to boost both locations as tourist attractions.

Monk Bretton Priory, off Grange Lane, has always been a venue of note for history buffs but the 12th century ruins are set back from the main road and can be easily missed.

Across the road from the priory is a half-timbered mill – originally built in around 1150 with parts of the building dating back to around 700 AD – which was raised by an architect in the late 1980s.

The building was brought back into public use and is now open as a pub – known as Mill of the Black Monks – but both the architect who helped bring the building back to life and the Friends of Monk Bretton Priory want more to be done.

Malcolm Lister, who owns Mill of the Black Monks, said he believes thebuilding should be a heritage site and it could link up with Monk Bretton Priory to form a heritage trail.

“This building means everything to me,” said Malcolm, 82, who was born in Darton. “It would be great to get a sort of historical trail up and running for both sites. It could be something educational where schools could come and learn about the history of both.

“The Friends of Monk Bretton Priory are going to build a herb garden and are getting funding for this. It’s great as these sites are pieces of real history.

“The young people of Barnsley who don’t think they know about history can see it right on their doorstep. I am so passionate about saving this building.”

The chairman of the Friends of Monk Bretton Priory, Ian Stevenson, sadded: “There aren’t many places like both the priory and the Mill of the Black Monks, and they’re across from each other. It would be great to get a trail or something like that going.”

Emma and Lee Bailey, who run the Mill of the Black Monks, on Grange Lane, said they are both keen on raising the awareness of its history.

“It’s like a museum with a pulse the mill – we are engulfed in history here,” said Lee. “There’s a lot more elsewhere that people go to visit but they can just come here.

“We want to preserve and make sure people know the building is still here.”

Darrell Haywood, who is the custodian of Monk Bretton Priory, said all members of the friends group are ‘enthusiastic about getting more people onto the site’.

“Ever since the friends group was sent up, we have always been about making people more aware of the history of the priory,” he said. “If they go and visit Mill of the Black Monks, then that’s even better.

“We are lucky in Barnsley to have this wonderful monastic building and then there’s one across the road with the name that tells it all. It was a mill made for the monks.

“We want to get people coming out and coming as families to see both sites. It’s something that’s being worked on.”