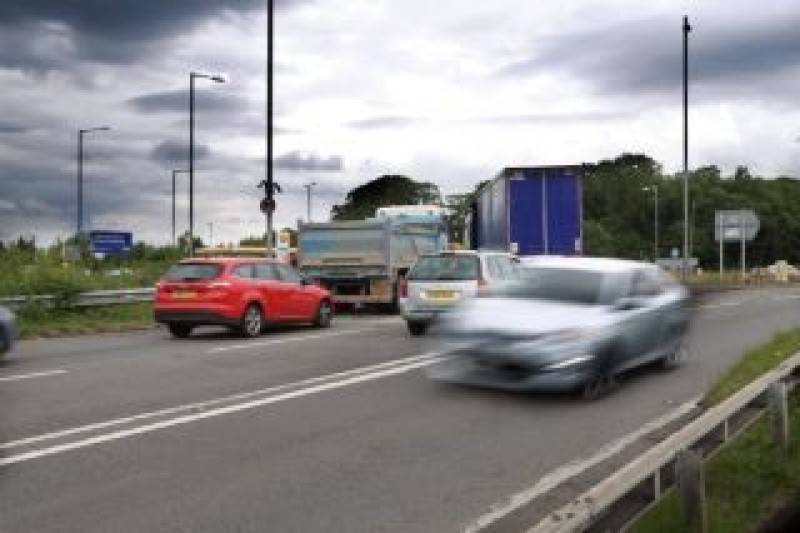 WORKS to ease traffic and congestion issues at a roundabout in Tankersley will begin at the end of this month.

The planned work aims to reduce congestion and delays while improving traffic flows on the roundabout, as well as enabling real-time information for motorists about weather conditions or closures.

This is the first phase of the Trans-Pennine Upgrade project which will improve journey times between Sheffield and Manchester.

Work has been going on for several years to try to find the most effective and affordable way of improving the road, with the main purpose being to alleviate traffic.

During rush hour Westwood roundabout can become heavily congested and to combat this Highways England will be widening the slip roads and adding an extra lane on the roundabout to increase capacity.

Coun Jim Andrews, who represents the Rockingham Ward, believes the work will benefit drivers and will have a knock-on effect for residents in the area.

“I think it will do really well for Birdwell,” said Jim. “It will do something about getting cars away from that area quicker. Anything that gets traffic away quicker will be a bonus for the area.

“This is something that has been looked into for a while now. The traffic from there backs up to the M1 roundabout in Birdwell to the M1 turn off, so if this will help that, that will be great.

“The roundabout is where roads from Barnsley, Sheffield and Rotherham meet. The works will be good for the area.”

Highways England project manager Khalid El-Rayes said: “By carrying out these improvements we will ease congestion through this important roundabout and increase the capacity for the future.

“The new technology we are installing will provide better information for drivers. We want to thank drivers for their patience while we carry out this work and encourage people who want to know more to come and talk to me and my team at our public events.”

Work on the roundabout is due to start at the end of March and all the work including the new road sign technology is expected to be complete by March 2021.