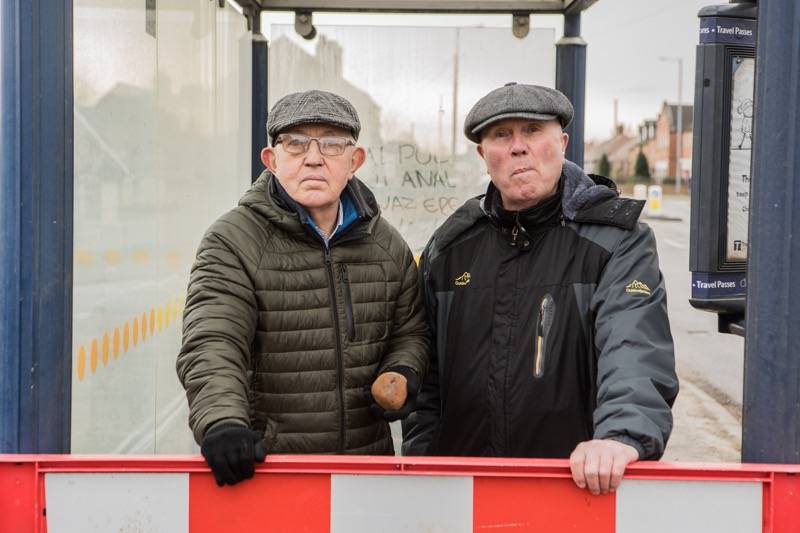 A ROCK thrown up by a ‘speeding’ lorry resulted in a bus shelter being smashed – prompting fresh concerns about vehicles’ speed to be lodged by parish councillors.

The incident, which was captured on CCTV by a resident who lives on High Street, Shafton, was reported to Dave North who has long expressed his concerns about motorists speeding through the village.

Dave, who is the chairman of Shafton Parish Council, said: “The speed limit on High Street, Sandy Bridge Lane and Dog Hill is 30mph but people speed up and down and it’s ridiculous.”

The road is frequently used as a shortcut for motorists to get onto the Cudworth bypass or into West Yorkshire.

“We’ve had site meetings on Sandy Bridge Lane so we can have some signs installed but we can’t get any sort of traffic-calming measures,” Dave added.

“If someone was stood at the bus stop when the wagon was speeding through, it could have killed them.

“We have Shafton Primary Academy on High Street and Outwood Academy closeby, so motorists need to watch their speed.

“We will keep pushing for traffic-calming measures but at the end of the day the responsibility lies with the motorist. The road is not a race track.”