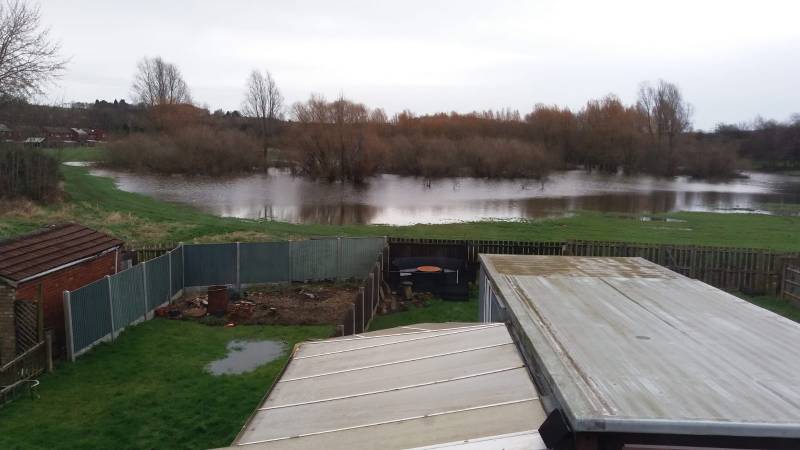 A PETITION for an independent review has been called for by residents who have been blighted by floods.

Residents on Lang Avenue, Lundwood, have suffered several floods since 2007 which has seen some residents move to the upstairs of their house while they await repairs as a result of November’s downpour.

Storm Ciara on February 8 and 9 and Storm Dennis on February 15 and 16 saw the River Dearne flood the field behind the houses on Lang Avenue.

Coun Vicky Felton, along with residents, launched a petition calling for an independent flood expert to come and assess the site as she feels not enough is being done to prevent floods.

She said: “The residents on Lang Avenue have had enough because since 2007 they have struggled with their homes flooding.

“The amount of people I have spoken to that are living in fear when they look out of their window at the field isn’t acceptable. People’s health and mental health is now suffering and something needs to be done.”

According to the Land Registry, the field ownership is unregistered, leaving residents feeling as if they are being passed from ‘pillar to post’ when they try to contact the council for a solution.

Barnsley Central MP Dan Jarvis said: “I have been working tirelessly to support residents and communities that have been hit hard by recent flooding in Barnsley and South Yorkshire.

“I have liaised with Barnsley Council, the Environment Agency, Yorkshire Water and national government in order to co-ordinate the response to floods.

“I’m campaigning for additional investment in flood defences and working with the Prime Minister and DEFRA to convene an emergency summit on flooding in the north of England.

“I’ll continue to do everything I can to support residents in Lundwood that have been affected by the floods and urge anyone affected to get in touch with my office on 01226 787893.”

To sign the petition, visit change.org and type in Lundwood.